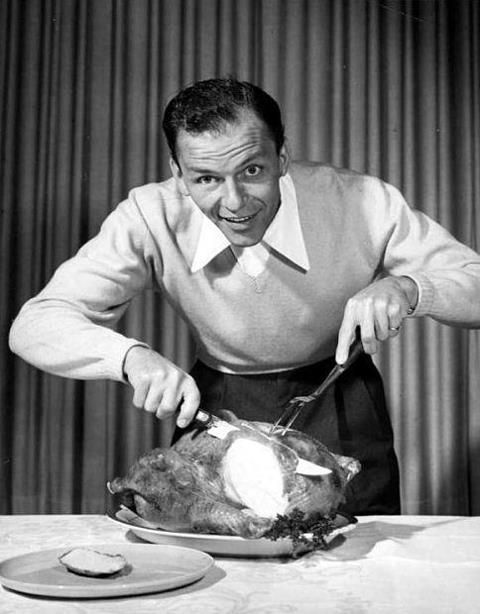 Thanksgiving traditionally does not inspire a lot of songs, but beginning lyrics to Anything Goes reference Plymouth Rock.


Times have changed
And we've often rewound the clock
Since the Puritans got a shock
When they landed on Plymouth Rock.
If today
Any shock they should try to stem'
Stead of landing on Plymouth Rock,
Plymouth Rock would land on them.

The Pilgrims were not Puritans (and it is doubtful there was a Plymouth Rock), but Puritans has three syllables, so Porter went with it (and close enough). Unfortunately Frank's version of this song leaves that terrific Puritan preamble off (which I am surprised since Porter had a peeve about singers truncating his songs--and Frank had a lot of respect for Porter). But I included Cole Porter and Ella Fitzgerald's Buddy Bregman arranged cover (in my opinion Ella's 1956 recording from her Cole Porter Songbook album is the best--it's the tops--version out there, even though Frank's is great too) (and Porter and Fitzgerald have the Plymouth intro)

Historically, the Pilgrims and the Plymouth Colony had it tough when they landed.  Forty-five of the One Hundred and Two Mayflower passengers died that first winter (I suspect they would have welcomed a bit of global warming).

This video has outtakes from various Hollywood movies that are somewhat risqué given the time they were made and are of the era that fit the song.  By today's standard they are tame, other than showing Hollywood narcissism and pandering hasn't changed that much over the years. 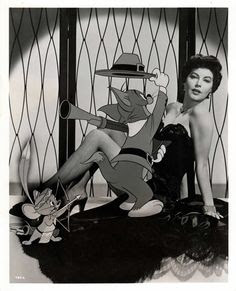 I am thankful for the blessing we have, part of which is the greatness of Cole Porter, Ella Fitzgerald and Frank Sinatra (and all the other great artist and songwriters featured this year as part of the Sinatra Century). And I am especially thankful for the wonderful posts of Mark Steyn, Pundette, and Bob Belvedere. 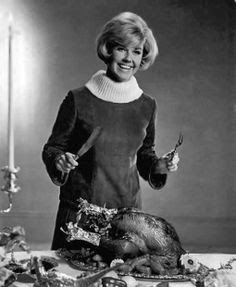 Mark Steyn has On Stage with Sinatra: A conversation with Vincent Falcone, Jr, Mark's Song of the Century #85 is Sondheim's Send In The Clowns, Song #84 (and by coincidence given the attrocious recent events in France) is the originally French song My Way, and at #83 he has Richard Rodgers and Oscar Hammerstein's Some Enchanted Evening. For Labor Day Mark had Kern and Hammerstein's Ol Man River (as part of a waterfront labor theme). 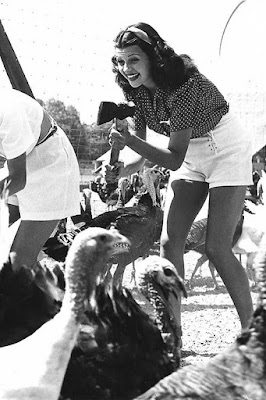 Pundette breaks her top 10 with One Of Those Things. She has #11 Cole Porter's I Concentrate On You, at #12 Porter's You'd Be Nice To Come Home To, as her #13 Cole Porter's What Is This Thing Called Love. Pundette also has a Cole Porter favorite written by Jule Styne, Betty Comden and Adolph Green Just In Time at #16. 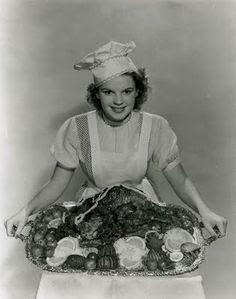 Bob Belvedere is counting down Sinatra albums  with Billy May arranged Come Dance With Me at #3, Gordon Jenkins arranged All Alone at #4, Swing Easy at #5 and an interview with Chuck Granata. Bob had Kern and Hammerstein's The Song Is You on his song list (tied at #20).

I remembered Johnny Mercer's birthday (thanks to a tip from Pundette). And here is a sublime song from the forties Kern and Hammerstein's All The Things You Are. I had Frank Sinatra and the President's Marine Corps Band doing You Make Me Feel So Young (and also had a bonus Betty Comden Adolph Green number from On The Town), I had Angie Dickinson's favorite Lean Baby, VanHeusen and Burke's Here's That Rainy Day, Sinatra Lord's Prayer/Ave Maria post, Berlin's When I Lost You, Arlen and Capote's Don't Like Goodbyes, and Gaudio and Holmes' For A While. And here is Frank in 1945 singing from Kern and Hammerstein's Show Boat (among other great songs) and Rodgers and Hammerstein's Soliloquy (Mark featured it at #41 on his list for Father's Day). I also had Cole Porter favorite Irène Bordoni who was the star of Porter's first big hit Paris.

Mark's Thanksgiving Sampler includes how he loves the song Oklahoma! (which Sinatra, to my knowledge, did not record).  Sinatra did record other songs from the play. Here is an Oklahoma! Thanksgiving.
Posted by Evi L. Bloggerlady at 12:00 AM