Liz Cheney Goes For A Ride 🐂😬 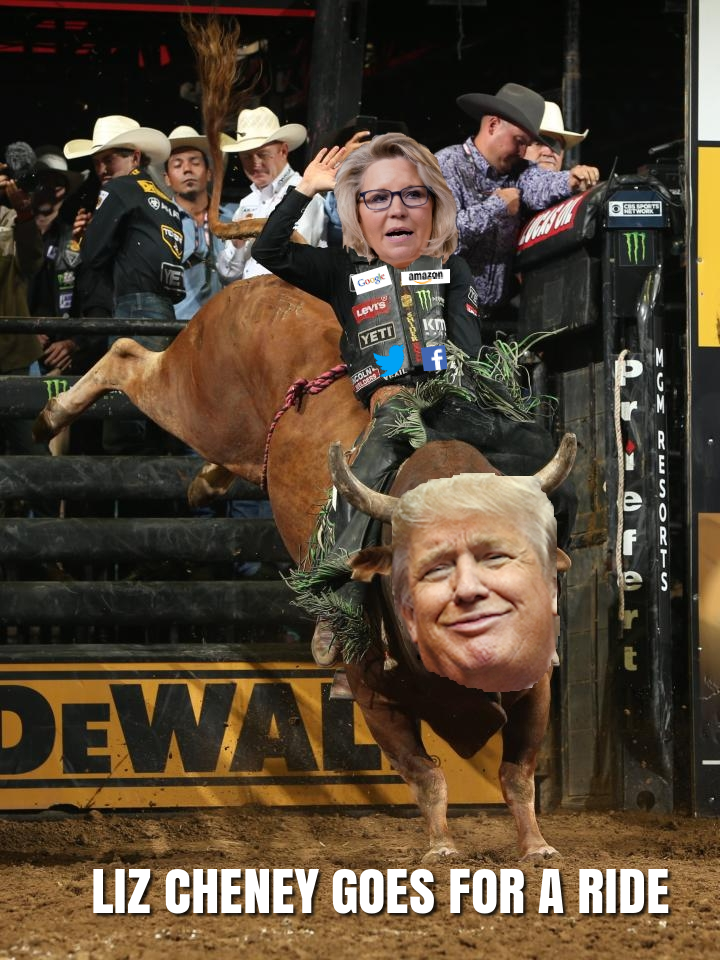 EBL: Who Is Driving The Republican Party? 😬🙀🤯, Liz Cheney and Mitch McConnell, Rush Limbaugh, and Fake Friends
Come on Wyoming, you can do better than Liz Cheney. Her stance against Trump was not in the interest of conservatives or Wyoming. She just wants to cozy up to the donors and corporations who like Democrats in control, because they get more grift. Time to throw her in 2022 for a better Congress Person. She is a deep state poser who is going to hurt you in the long run.
Don Surber: Primary and Purge
AoSHQ: Morning Report 01.15.21 and Morning Rant
Federalist: There is no future for a Liz Cheney GOP and Leftist Capitol Agitator
Rush Limbaugh: It’s Breathtaking to Observe What’s Going on in Our Country, Mass Murderer Mao Over Harold Ford’s Mantle, CNN Accidentally Proves Democrat Impeachment Was Based on a Lie, CNN’s Jake Tapper Smears Congressman Brian Mast, and Little Brian Stelter Demands I Delete Your Feelings
Posted by Evi L. Bloggerlady at 1:04 PM