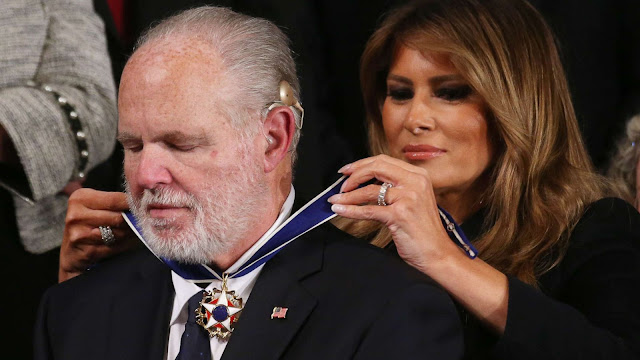 Happy Birthday Rush Limbaugh
Rush Limbaugh has been a solid conservative voice and leader for decades. I think back how he was with William F. Buckley (here is what he wrote on Buckley's passing).  Rush has been unwavering on conservatism.  Rush has also been a happy warrior for those principles.

Our prayers to Rush and his family with his current battle with cancer. We wish him a full recovery. Happy 70th Birthday.

Rush Limbaugh: If Democrats Can Erase Us from Social Media, Can They Erase Our Votes?, What Trump Supposedly Said to Incite Violence, The Media Melted Down When I Deleted My Twitter Account, Rep. Hank Johnson, Without Evidence, Claims Trump Is Encouraging Violence on January 20th, Never Forget Donald Trump’s Accomplishments, Wake the Hell Up and Understand What We’re Up Against!, Communists Come Out in American Media, Democrats Want to Make Sure Trump Can’t Run Again, John Brennan Demands Republicans Renounce Trump, A Brief History of the Last Few Months, and Kristi Noem’s Warning for the GOP

Mark Steyn: Shaidle on Speech and the Unhappy Left