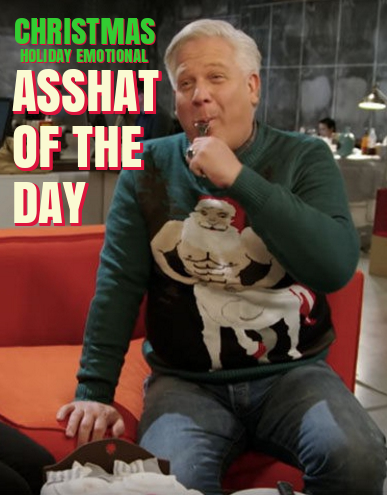 I generally like Glenn Beck--even if he is an emotional train wreck a lot of the time. Glenn means well. He is a patriot.

While I often disagree with Beck, he is not a mendoucheous #NeverTrump thug like Neil Stevens, a hyperbolic #NeverTrumper like Evan McMullin, a lying rat bastard like Kurt Echinwald, an intellectually crippled man-child like Matt Yglesias, a hypocritical smug tool like Julia Ioffe or Suzanne Malveaux, a partisan fanatic like Paul Krugman, or a completely delusional  batshitcrazy loon like Keith Olbermann.

Glenn is more like the annoying emotional #NeverTrump relative who you care about, but you can only take in limited amounts. Still, for this Samantha Bee alliance nonsense, Glenn gets Asshat of the Day.

I was ecstatic over the result of the election, mainly because I am #NeverHillary.  The thought that Hillary Clinton will never be President of the United States gives me a tingly Christmas Glow of good cheer and optimism. It is like having a mug of cinnamon, nutmeg, cardamon cocoa with a  big heaping double shot of Irish whiskey and whip cream. It is just delicious. Especially when I sit around with friends over a mug and discuss the dismantling and end of Obamacare. 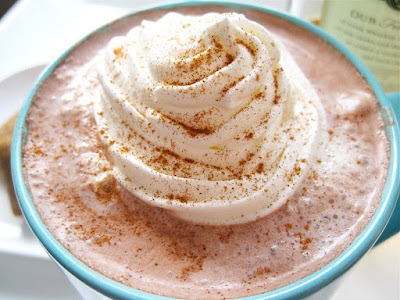 Sorry Glenn, you can't have my special cocoa. You can have a sugar plum.

I am taking a wait and see approach with President Elect Trump. I went in with low expectations. So far I have been mostly pleasantly surprised and I am increasingly hopeful his administration might actually get some things done and roll back the disaster that has been the Obama Administration.

Instapundit: Trump Derangement Syndrome (no, it is not a recognized criminal defense, yet), Psycho Double Standard

EBL: Glenn, Trump is not the person(s) you need to worry about