Lying Crooked Hillary and the Media attempt to take Trump out 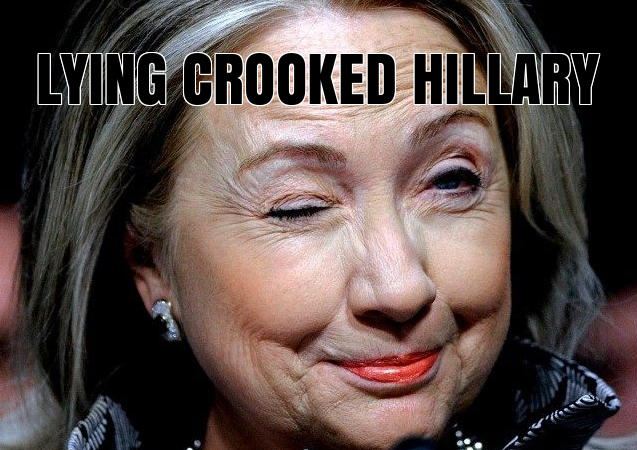 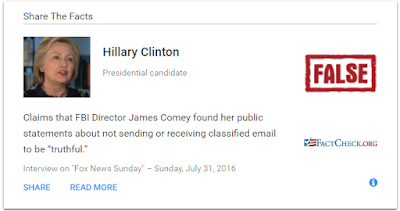 Crooked Hillary is a shameless liar, who lies habitually and without remorse. But the sad reality of this is with the media mostly backing her, she is not really damaged by this. Oh sure, following her blatant lies last week left leaning "truth checkers" like Politfact, Washington Post's Glenn Kessler, and Fact Check called her out. The Atlantic did a good article on it. But there is really no impact to her (at least if you go by the polls this week).

As Rush Limbaugh notes (and anyone paying attention to the news post conventions) the drive-by media is going full Palin on Trump. And a lot of Republicans are jumping in. Rush makes the case that Trump is not really imploding, because if that is the case why does it seem the media is panicking?

I have to disagree in part with Rush. I agree with him the race is not lost (at least not yet) but the media are not panicking (the only panicking is by the establishment GOP). The media and the Democrats know exactly what they are doing.  They are trying to damage Trump with a coordinated attack so the Democrats win. They may not have scored a KO, but they are causing damage.

While JD Rucker (one of DaTechGuy's potential hires) makes some good points (I agree with him Trump can still turn this around), Trump is not where he wants to be right now. And to the ever persuasive Don Surber, if Trump is going to show his CEO side, now would be the time.

And Trump helped Crooked Hillary, the Democrats, and their media allies hurt him following the convention. I do not buy the nonsense that the GOP's convention was horrible and the Democrats were great (they were both about equal). It was the immediate follow up to the Democrat convention where things went south for Trump.

Hopefully for Trump he learns from his mistake. I do not suggest he turn into a Mitt Romney or John McCain. Trump needs to be Trump, but his attacks need to be focused on Hillary (and secondarily on the media support she gets) and be relentless and disciplined about it. Ignore the rest of it, unless you can use it as an opportunity to attack the media and show their shameless bias.

The awkward exchanges with Kahn were overblown, but clearly a bad tactical mistake by Trump. Don't punch down--it is a distraction and a trap. Let your allies fight these issues if they need fighting. Learn from that mistake.

As for these dust ups with Paul Ryan and Kelly Ayotte, fighting with the GOPe was great during the primaries. But while these exchanges are red meat to his base, do these attacks help Trump win over new voters he needs to win the general? These candidates are in swing states too.

My pro Trump friends argue that events will control this race. That might be true if the economy has a economic meltdown between now and November or there is a major terrorist attack attributable to the Democrats. Do you want to bet the election on that?  Do you think a Wikileaks dump in September will win the election for Trump if he is 20 points behind in the polls at that time?

Then there are the debates. Don't count on them to save Trump. Trump is ok in a debate context, but not exactly Cicero. Hillary is actually pretty nimble (it helps being a shameless pathological liar, especially when you have the moderators 100% on your side). Hugh Hewitt getting to ask a question or two will not change that.

Wombat: Twitchy: What Hillary asks the press and you to do (so just do it) and Michelle Malkin: It's the Jihad, Stupid!

Instapundit: Comeback?, Meltdown?, Don Surber says Trump learning as he goes (he better learn quicker), Daily Caller: Hillary lies again to try to explain her past lies, Hillary lies because its her nature, Delusional? How about pathological?, How American Politics Went Insane (it is a symptom of something deeper and worse), did the FBI encourage a jihadi to attack the Pam Geller event in Garland, Texas?, Clinton questions Trump's ties to Putin, Clinton Cash exposes Clinton's past and Obama's future, Trump on the trigger

Lem's Place: What a time to be alive

American Power Blog and Woodsterman: Hillary's Plan: Bill only got a BJ, I am going to f*ck the whole country...

WFB: Not all journalists are dirty Clinton whores (unfortunately there are a lot of bad ones)

Hot Air: Nate Silver: Is it over? Take Nate's predictions regarding Trump with a grain of salt

Fiscal Times: Is Trump finished? Don't bet on it.

Lem's Place: CNN losing their selective minds and a few bad words better than being blown up