The Media and Mrs. Clinton 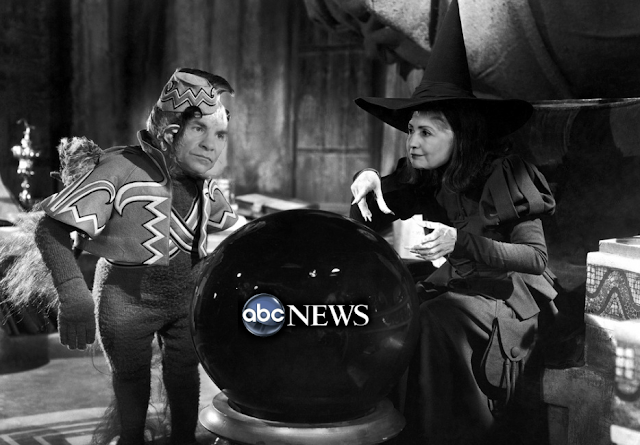 The Real Story: How the Clintons managed to plant their openly political operative George Stephanopoulos, who isn't even a journalist, to a senior position at ABC News

This is what so frustrating: Everyone knows George Stephanopoulos is in the bag for the Clintons. It's not a secret. He got caught doing things that would have in the old days gotten you fired from a network. He should not be covering this race at all. Yet people still go on his show and pretend he is some objective journalist. Why?

Trump's mistake was not taking the threat seriously before agreeing to be interviewed by Stephanopoulos last week. Trump should have either avoided Stephanopoulos all together (that only goes so far because most of the media are biased toward the Democrats), or gone into that interview with a strategy to turn questions on the questioner (and Crooked Hillary). Trump has called Stephanopoulos out for his Clinton bias in the past (unfortunately the video is off youtube now). Why didn't he do it this time?

Instapundit: Roger Simon: Trump vs Trump, Michael Barone: The Electoral Crackup, Objectivity? We don't need any stinking objectivity: The media do this against every GOP nominee, Washington Free Beacon catches NBC scrubbing old videos of Andrea Mitchell saying Juanita Brodderick is discredited, Media Echo Chambers, Unfit to be President? (it takes one to know one)

Rush Limbaugh: Donald: Take it ideologically, not personally, What if the public does not see this election the way the experts do, Mike Pence handles the planted question, Barack Obama goes a trollin, the value of the Kahns to the Democrats

American Power Blog: Perhaps he was shouting "Take That Witch Down!"