Which is better for the innocent, a quick victory or a protracted war? 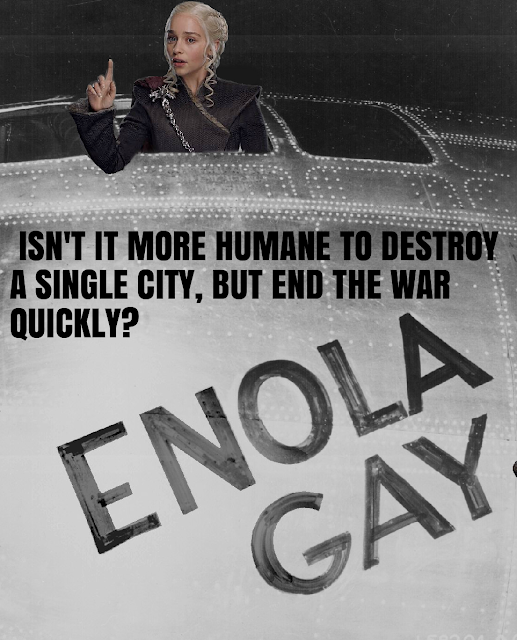 The estimated population of King's Landing is 500,000. The total population of Westeros is estimated at 40 million.  The White Walkers and their dead wight hords are coming to attack the living, then presumably move on  to attack the millions living in Essos and Southoyos until that world is one big snowball.

I know it is a fictional universe, but GoT is sending a message (the timing of the dragon attack on the Hiroshima anniversary was not a coincidence). Truth is if the attack was on Kings Landing and Cersei was taken out of power, the population could then focus its attention on the real threat. 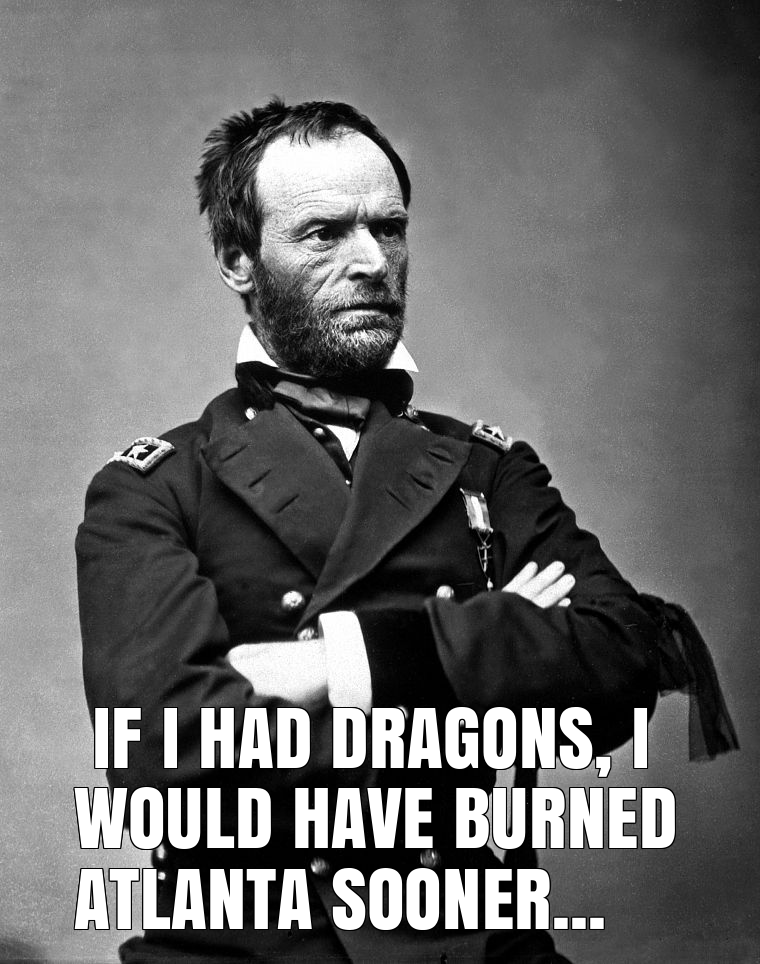 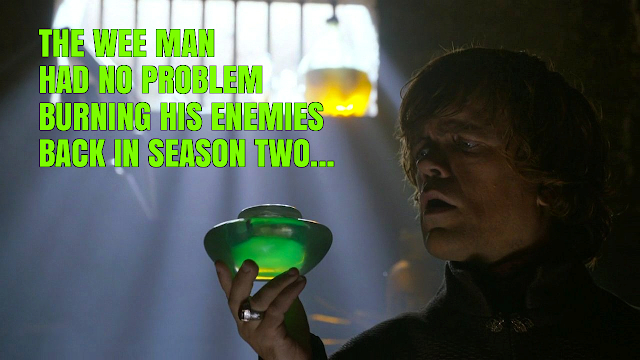 EBL: Mongols vs. Dothraki? and Game of Thrones as a 1995 TV Show

Wombat: Bring The HEAT: Thoughts On The Atomic Bombing Of Hiroshima, also, Guadalcanal At 75
Posted by Evi L. Bloggerlady at 9:24 PM