A thoughtful and serious movie. Written and directed by James Gray. A rather bleak one in many ways--but optimistic too. Themes such as the relationship of God and man, fathers and sons, and loneliness are explored (the cold enormous emptiness of space is an excellent setting for all those issues). There is also a big Heart of Darkness influence to this film (or maybe Apocalypse Now).

The story is far from perfect, but overall it did make me think. There are a few scenes, apparently added by the studio over the objection of the director, that should have been left out. Still it is beautifully filmed and the production quality is top notch--which lends itself to the big screen. I do not want to give the ending away. Brad Pitt's performance is very good. Tommy Lee Jones is ok (but not as good as Brad's).

If you are into serious science issues go see it (it was better than 2010: The Year We Make Contact and Interstellar) and if that is not what you are into--there's always Downton Abbey. Ok--go see Rambo: Last Blood.

Many may not like it (the audience score from Rotten Tomatoes reflects that). I read some of the reviews and they also don't seem to capture what I saw. Different people will likely have very different takes on this film.

Hollywood In Toto: Why Ad Astra Is Brad Pitt At His Creative Peak

Instapundit: Brad Pitt goes Interplanetary, Hollywood is into aging action stars, Not in front of the servants, Not a global commons, and I thought this was America?

These ladies are not in the film that much (it is mostly Brad Pitt) but here they are (and what they are in is good): 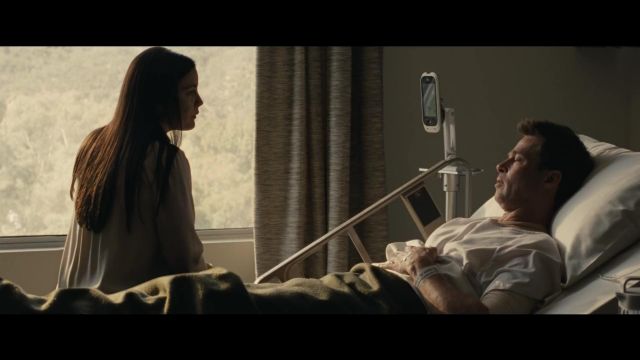 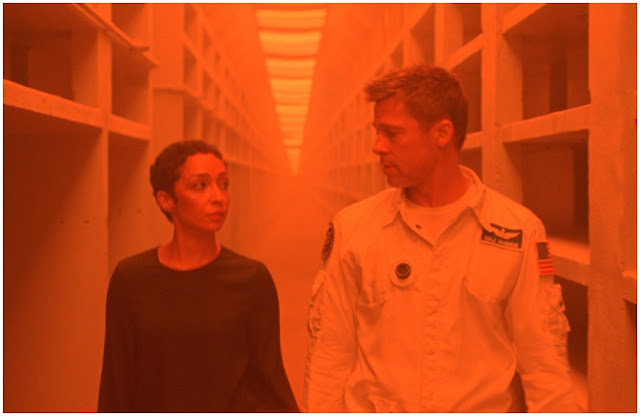 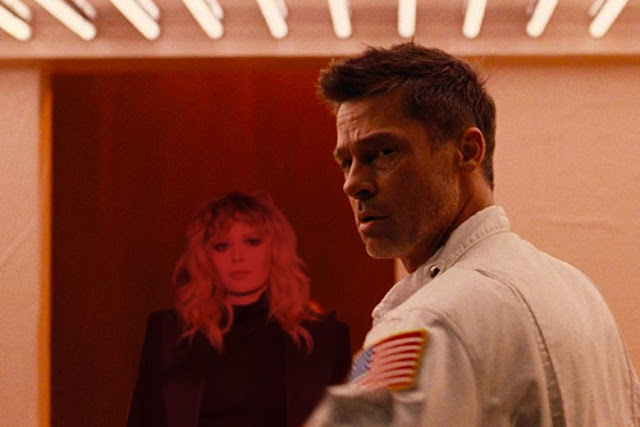 A View From The Beach: Stika Visit

Raised on Hoecakes: Never Forget It

Don Surber: No One Cares About Mitt

Camp of the Saints: Reality & Truth and Adobe Walls Needs Our Help

Mark Steyn: Vinyl Score, Venetian Blind Spot, Ending of the Peer Show (Mann gets his hockey stick where it belongs), and A Return of Biden's Mojo

TOM: Welcome to ‘Bizarre Hell-World’, In The Mailbox: 09.20.19 (Late Night Edition), The ‘Whistleblower’ Is the Deep State Interfering in Trump’s Ukraine Policy, Hillary Clinton Blames Her Defeat on ‘Voter Suppression’ Conspiracy Theory, NBC Shocked by New Scandal!, Netanyahu Wins Re-Election UPDATE: Hey, Wait, That Was Completely Wrong!, In Which @LaurenDuca Gets Cancelled, In The Mailbox: 09.18.19, Empowering Women, Horror in Ohio: Pedophiles Raped Little Boys in ‘Satanic’ Videos, Police Say, No, Your AR-15 Is Not the Problem, In The Mailbox: 09.17.19, In The Mailbox: 09.16.19, Lesbian Sues Sperm Bank After Learning Why Both Her Kids Are Autistic, 2020: White Votes Matter, Somali Gangs Target Whites in Beatings, Robberies in Ilhan Omar’s District, What Is the Kavanaugh Smear About?, Who Is Raping Whom?, Poulos, You Magnificent Bastard!, Fascism or Feminism? Amanda Marcotte Says We Have Only Two Choices, So …, In The Mailbox: 09.13.19, and The Family Business

A collection of sites known for appreciation of Rule 5 and space exploration: