Is Trump rolling over for Pelosi and Schumer?

I get Trump giving some grief back to McConnell and Ryan (they both deserve it), and I am not opposed to negotiating with the Democrats. I don't even have a problem for carving out a reasonable deal on DACA.

But this alleged deal is guaranteeing DACA illegals citizenship and getting not a lot in return. Shouldn't citizenship be on a case by case merit (at the very least). Not all these 'Dreamers' are what the media portrays them to be. And there is (allegedly) zero wall funding in this. Sad.

If negotiations are still going on, a bit of push back might be useful around now? 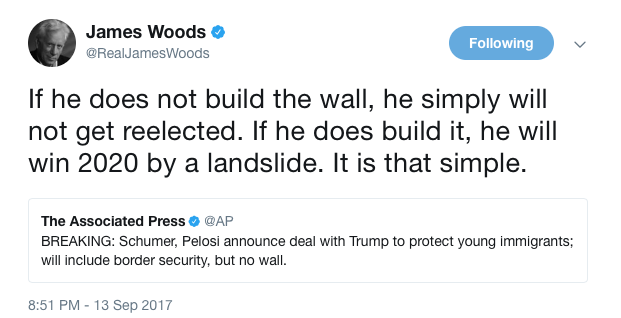 This is very likely true...

Ok, if this is true, Trump should call a presser tomorrow and Shame Pelosi for using the Dreamers as pawns 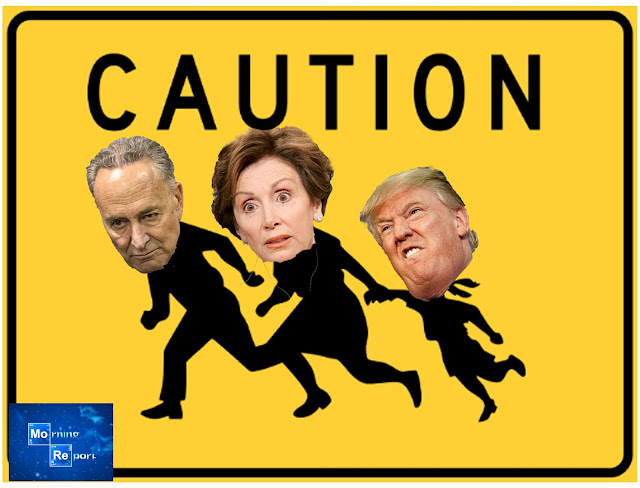 If all this is about getting back at Mitch McYertle and Paul Ryno for sabotaging his legislative agenda, this law is exactly what they and their base, the Chamber of Commerce want. And they got him to renege on a central pillar of his campaign. Sorry, but there is just no way to spin this as any sort of victory, political or otherwise.

No deal was made last night on DACA. Massive border security would have to be agreed to in exchange for consent. Would be subject to vote.
— Donald J. Trump (@realDonaldTrump) September 14, 2017

Instapundit: Art of the Deal?

EBL: Can we build it?, DACA deals and DACA day

Da Tech Guy: I Was Wrong About Trump And DACA

Powerline: Who are these 'Dreamers'? and Deal or No Deal?

Don Surber: Show some faith, Trump didn't cave and The Art of the DACA Deal

WFB: Democrats announce deal, but WH disagrees over wall terms. Maybe no wall funding should be a deal breaker?

AoSHQ/J.J. Sefton: Did Trump cave on the wall last night? We will find out and Is Chuck Schumer punking Trump the same way he punked Little Marco?

Rush Limbaugh: If we don't get the wall, we're not doing anything, Trump and Melania pass out bananas in Florida, Trump voters not worried, Don't trust the media narrative on Trump, Chuck, and Nancy, Digesting what happened last night, CNN thinks Trump based exploded
Posted by Evi L. Bloggerlady at 10:43 PM