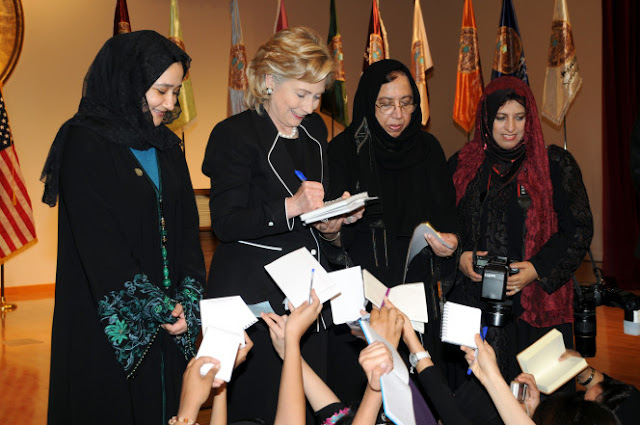 Clinton invited the elder Abedin to participate in a State Department event for “leading thinkers” on women’s issues.

This happened despite ­evidence at the time that Saleha M. Abedin had explored the religious merits of sexual submissiveness, child marriage, lashings and stonings for adulterous women, and even the ­circumcision of girls.

The elder Abedin, whose daughter helps run Clinton’s presidential campaign, did take a pro-gender-equality stance on at least one issue: Muslim women’s right to participate in violent jihad alongside men.

And it is not like Huma Abedin did not have anything to do with the publication by Saleha Abedin. Huma Abedin worked there as an editor for years.

EBL: Pop Goes The Weiner (2016), The Mystery of Huma Abedin and Huma accused Bill Clinton of bombing Iraq to divert attention from his affair with Monica Lewinsky