Damon Baehrel and the most exclusive restaurant in America? 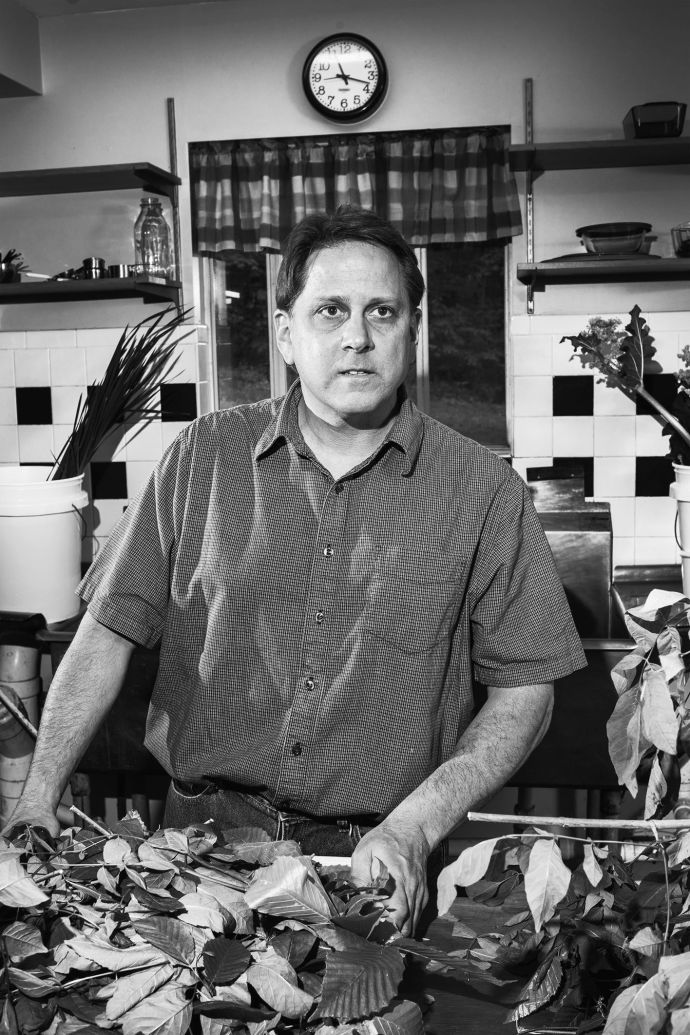 The New Yorker: The Most Exclusive Restaurant in America: Damon Baehrel and his restaurant in Earlton, New York 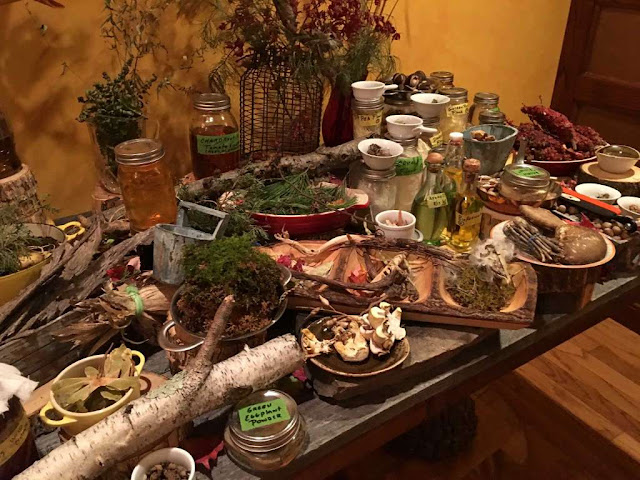 This is one of those New Yorker gems you occasionally come across. 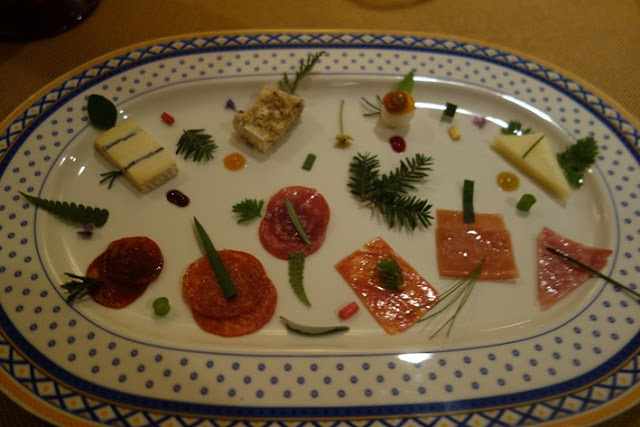 I really like the idea of trying of sourcing local native barks, fungi, weeds, saps, and nuts and incorporating them into something special and unique. A four hundred dollar a person tasting menu is typically out of my budget, but I can understand the labor that could go into doing this. Plus (similar to what Hiroyasu Kayama does in his bar in Tokyo or what Colin Field does at the Ritz Hemingway Bar in Paris) the emphasis is on the one on one experience with the customer. You are paying for that show that goes on with the meal or cocktail. 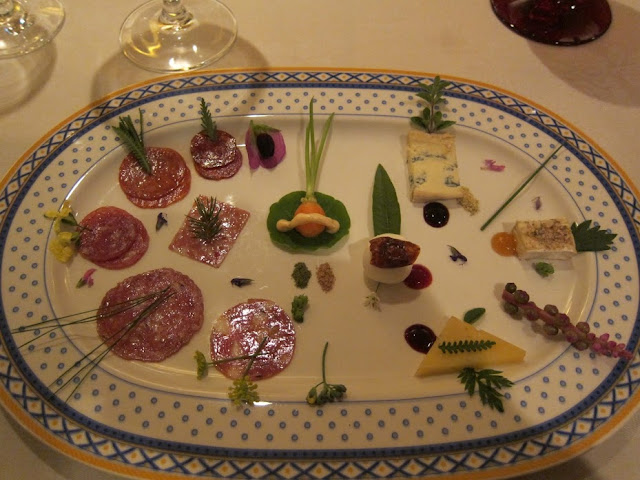 I would not seeing if the hype matches the reality, although I doubt I am going to shell out four hundred bucks a head to do it for the privilege of having a meal on a farm outside of Albany. Eating out in a decent restaurant is awesome, but there is a lot to be said for making such an experience reasonably affordable.

Still, it is fun to think about what he is up to. Even better if you want to be frugal, you can do it yourself at home.  If you have an herb garden, some selected salumi and cheeses, you could easily do an equally fun presentation like those above.  I would also like to even give the acorn flour a shot (I did eat cattail roots once on a camping trip, they were ok but I prefer parsnips). 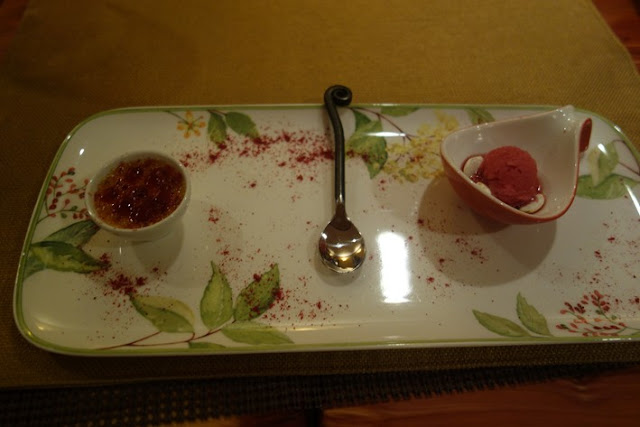 There is obviously some intended mystery, hype and self promotion in how Baehrel presents himself and his restaurant.  It would be difficult to produce enough food for even a small but busy restaurant on twelve acres if the property was extensively farmed, let alone trying to do it by wildcrafting native plants in upstate New York (unless you have extensive heated greenhouses, a few cold frames are not going to cut it there in January).  Of course Baehrel has some suppliers and assistance, or he would have no time to do anything else. 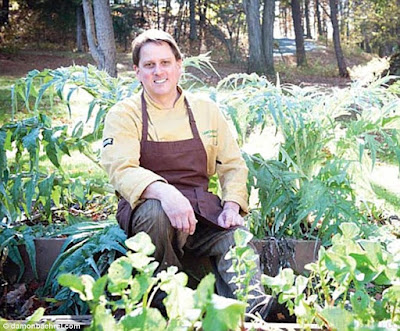 Daily Mail does a profile too

But if Baehrel can create some mystery and hype by manipulating the media and can manage to get by with a few foodies parties each day paying a premium--why not?  Here is a chef in depressed upstate New York, serving weeds and twigs from his back yard, at $400 a head.  How brilliant is that?  If you really are producing most what you serve, it is a lot easier if you have dozens rather than hundreds of diners each week. It is also more fun for the chef. 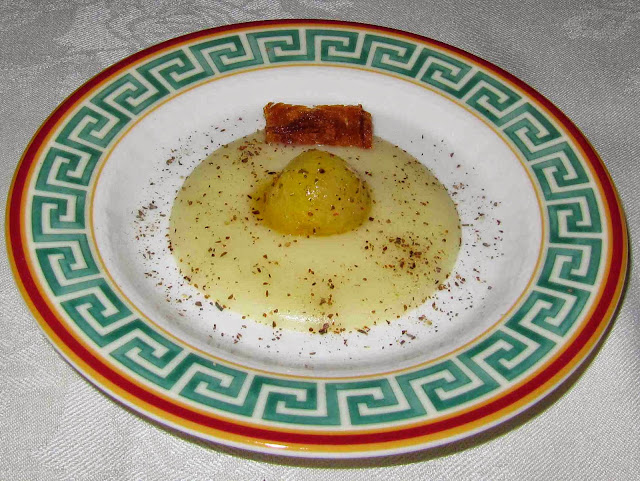 The description of him leaching tannins from acorns and making his own goldenrod flour intrigues me.  Chip Ahoy has been describing making cornbread from popcorn (which Chip explains is flint corn) and capturing his own wild yeast to make fabulous bread (I am sure capturing your own local sourdough beats the hell out of playing Pokémon Go). But what Baehrel is up to (even if you discount some of the hype) goes well beyond that. 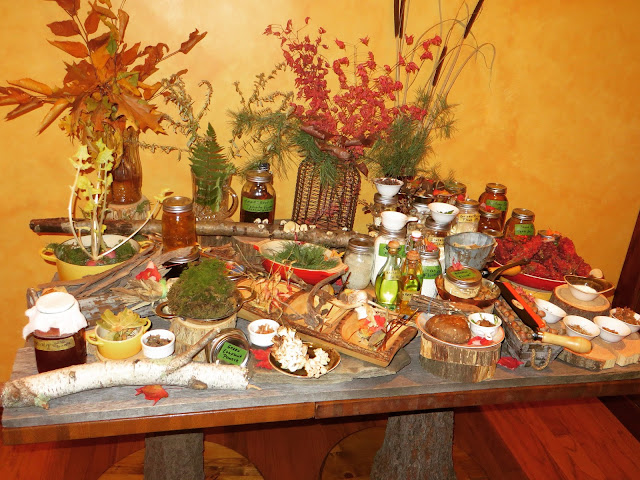 I love foraging and putting wild edibles into dishes. I use collected wild berries, mushrooms, fiddleheads when I find them. I have used fresh spruce and pine needles like you would use rosemary.  I have wrapped fish in skunk cabbage and cooked it over coals (skunk cabbage loses its smell once it is cooked and the steam did a great job on the fish).  Sumac berries are a great lemon substitute and is a great spice. I am not even scratching the surface compared to what Baehrel is doing.

If I didn't have to budget, I would make an effort to go this place once just to try it out, but there are other things I would rather do for that sort of cost. But some of this stuff is fun to go try on your own.

When it comes to foraging, I am very cautious about mushrooms (which is why I stick to chanterelles and morels, even if I screw up, I will not end up on the donor list for liver transplants). False morels won't (for most) kill you if they are cooked (and wild mushrooms are not better raw).  Water hemlock freaks me out a bit too--but if you know what it looks like you can easily avoid it. Still, if you are not sure about a plant or fungus, don't eat it.

Trooper mentioned Rao's recently, which is exclusive not because of the food (which is not very good), but because of similar hype, scarcity of seats, and privacy, and for the experience of celebrities rubbing shoulders with mobsters.  But the partners are having problems.