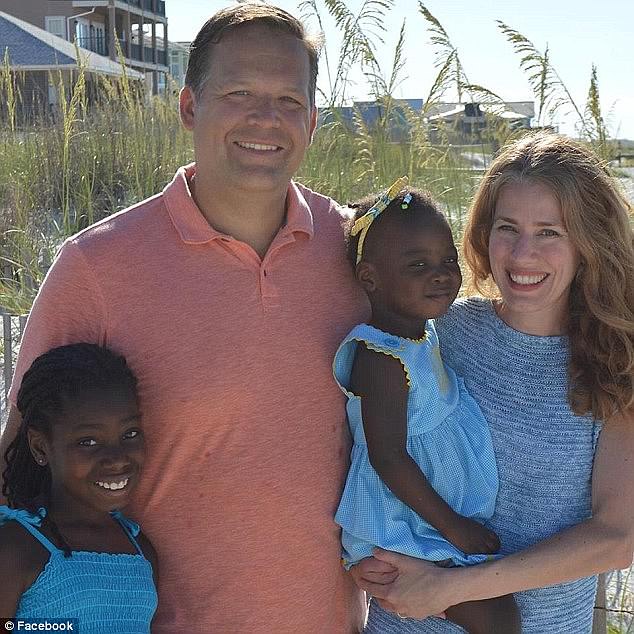 Amy Coney Barrett (with her husband and daughter above)
The media are all reporting that Amy Coney Barrett is President Trump's pick for the Supreme Court. She has seven kids, is a former Scalia clerk, and is a conervative. What's not to like? The Democrats will malign and attack her, may God bless and protect her.
Amy Coney Barrett was assumed to be the choice, since she was recently vetted in 2017 by the Senate for the Court of Appeals. Three Democrat senators – Joe Donnelly; Tim Kaine of Virginia; and Joe Manchin of West Virginia – crossed party lines to vote for her confirmation to the Court of Appeals. She was thought to be the back up choice when Brett Kavanaugh was picked. I hope and pray she is quickly voted in as a Justice for the Supreme Court.
Kudos to President Trump for moving this forward. Now we depend on Mitch McConnell to get 50 Senators + to vote yes.
EBL: Barbara Lagoa, Stephanie Dawkins Davis, Amy Coney Barrett, Democrats: F*ck You, War, RBG, RIP, Antonin Scalia, RIP, and The Democrat Zone
Instapundit: Black Pasters Defend ACB, PJ Media: Perfect, Harry Reid is having second thoughts, and Five things to know about Amy Coney Barrett
Rush Limbaugh: Amy Coney Barrett, Plugs and Catholicism, Threats to Burn the Country Not “Normal”, and Democrats Losing the Middle
The Lid: When pushed, Dem Sen. Blumenthal admits to CNN nothing illegal or illegitimate about ACB nomination
Powerline: It will be Judge Barrett , Why Trump Picked Her: Thank Dianne Feinstein, and Ginsburg's "blind spot"
Legal Insurrection: Reports: Trump will nominate Amy Coney Barrett for Supreme Court
Victory Girls Blog: Coney Barrett Attacked For Adopting Haitian Children
Vanity Fair: Democrat Plan To Make Amy Coney Barrett Radioactive
Don Surber: How Democrats created a huge loss...
90 Miles From Tyranny: Scalia's Dying Wish:
American Greatness: Barrett Will Sail
Pirate's Cove: Trump's Pick 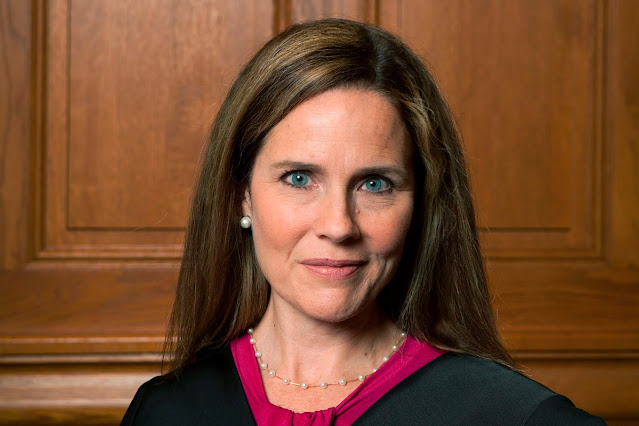 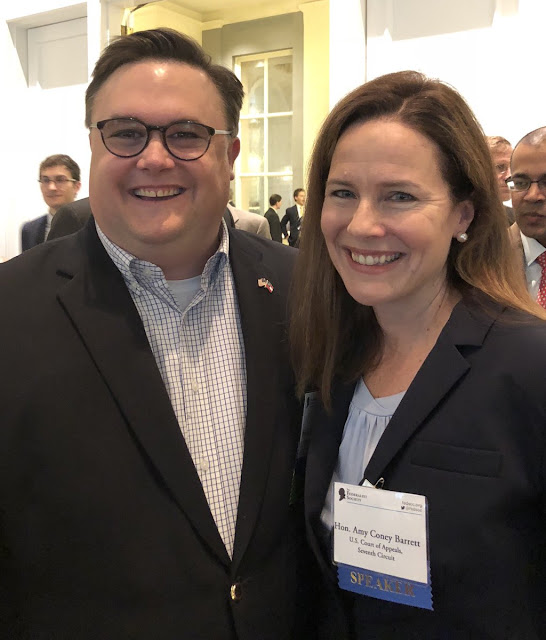 "After many years, I have come forward to share my truth. In college, I went to some wild parties. I got drunk, passed out and when I woke up, Amy Coney Barrett had adopted me. I was in a room that wasn't mine with the certificate and an odd feeling of wholesomeness."

Proof Positive: Vintage Babe of the Week Diana Rigg and Best of the Web
Ninety Miles From Tyranny: Hot Pick, Girls With Guns, Morning Mistress and Blogs With Rule 5 Links

Feral Irishman: Friday Femme Fatale and This Morning I Laughed Out Loud And People In Line At Home Depot Looked At Me Funny...
TOM: The Truth About Breonna Taylor, Part 1: Separating BLM’s Myth From Reality, I’ll Take ‘Things Not to Say to a Jersey Cop While You’re Holding a Knife’ for $400, In The Mailbox: 09.25.20, Play Stupid Games, Win Stupid Prizes, Election Fraud Already Underway?, In The Mailbox: 09.24.20, Sleepy Joe’s Sundown Campaign, Hazards of the Trade, Mostly Peaceful™ Protesters Shoot Two Police Officers in Louisville Riot, In The Mailbox: 09.23.20, Louisville Democrat Mob: ‘Burn It Down’ After #BreonnaTaylor Grand Jury Ruling, ‘The New Zeroeth Amendment’ and the Predictable Death of Dijon Kizzee, In The Mailbox: 09.22.20 (Evening Edition), In The Mailbox: 09.22.20 (Afternoon Edition), Who Votes for Democrats?, ‘Streiff’ Doxxed and Dooced, ‘Criminal Justice Reform’, The Haughty Pride of the Elite, The SCOTUS Circus, Jake Gardner’s Life Mattered, 3 Killed by Louisville Gunman Wearing ‘Justice for Breonna Taylor’ T-Shirt, The Other Podcast: RBG Edition, Andrew Cuomo’s Lynching Law, Keep Calm and Vote Trump, In The Mailbox: 09.18.20, Ruth Bader Ginsburg Dead at 87