As the progressive fight amongst themselves, the grand experiment that was CHOP or CHAZ ends with public works removing the barricades and the revolutionaries scurrying off like cockroaches. Net Result: Millions of dollars of property damage and several people dead. Heck of a job by City of Seattle government (run exclusively by Democrats and Communist-Socialists). 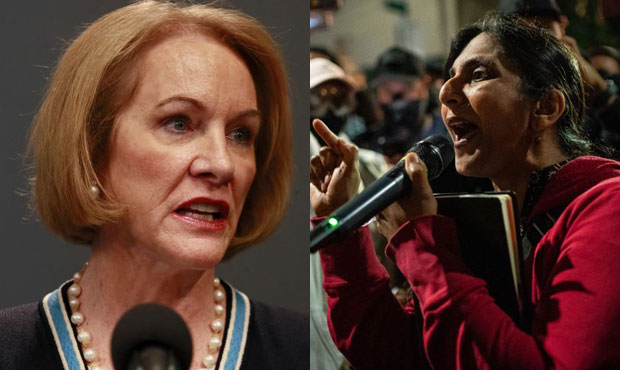 My Northwest: Mayor Jenny calls for Kshama Sawant to get the boot Can't they both lose?

Louder With Crowder: Idiot Seattle Mayor Who Supported CHOP Outraged That CHOP Showed Up At Her House

The Lid: Seattle’s Mayor Jenny Has Had Enough Of Socialist Loony Councilwoman Sawant

TOM: War in Antifastan: Has Violence in CHOP Zone Become Too Much for Seattle?

Powerline: Goodbye to another socialists paradise!

Instapundit: Dispatches from the 1917 Project

Seattle Police reclaimed area surrounding East Precinct. No one hurt as near as I can tell. Good

It only took: a sexual assault, a rape, multiple acts of theft, vandalism, attempted arson, illegal gun-running, shootings, a murder, a murder of a child for @MayorJenny to ok this https://t.co/3peWUgcvzW
— Todd Ξ Herman (@toddeherman) July 1, 2020

Congratulations, @MayorJenny: you just made the digital hall of fame with a one-line tweet from the one and only @iowahawkblog https://t.co/6cKep33UA1
— Todd Ξ Herman (@toddeherman) July 1, 2020

Some thankful residents who live inside CHOP just brought coffee to cops. They may finally have their neighborhood back.
— (((Jason Rantz))) on KTTH Radio (@jasonrantz) July 1, 2020