So What Were Joe Biden and Hunter Biden Up To In Ukraine? 🤑 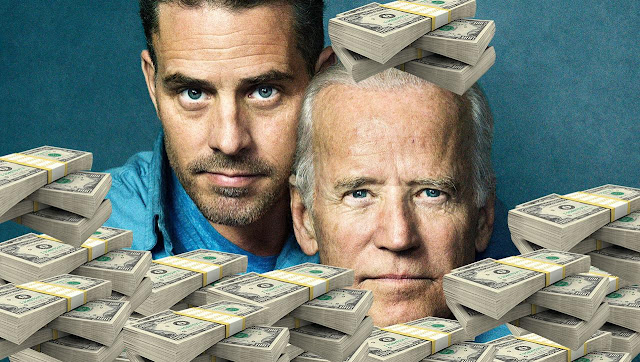 "The bottom line is Joe Biden was the Obama administration’s point-person on policy towards Ukraine," said Schweizer. "He steered $1.8 billion in aid to that government and while he was doing so, his son got a sweetheart deal with this energy company – that we’ve been able to trace over just a 14-month period – paid $3.1 million into an account where Hunter Biden was getting paid."

The “massive bribery scheme” Giuliani is referring to has to do with Joe Biden’s son, Hunter Biden, who held a directorship with a Ukrainian natural gas company called Burisma Holdings in 2014. At one point, Hunter was making $50,000 a month from Burisma.

Biden was involved in a number of investing and consulting firms with John Kerry’s stepson Christopher Heinz and Devon Archer. The New York Times reported that the trio “pursued business with international entities that had a stake in American foreign policy decisions, sometimes in countries where connections implied political influence and protection,”

So the Democrats and some "whistleblower" in Intelligence want to go after Trump on this? Be careful what you wish for. Does Biden really want attention on how his son was getting paid hundreds of thousands of dollars while Vice President Biden was sending billions of dollars to the pro-Russian Ukrainian government at the time?

Drudge even had a siren on this for a bit. You know which campaign is going to be rocked by this? Biden's. Also Elizabeth Warren's since she benefits from hits on Plugs. Trump should be fine.
Rush Limbaugh: Left can't let go of Russian collusion lie about Trump (and yet it was the Democrats who actually colluded with the Russians)

TOM: The ‘Whitleblower’ Is the Deep State Interfering in Trump’s Ukraine Policy

Legal Insurrection: Joe Biden and Ukraine is "Hillary's Emails" all over again

Don Surber: We Spy On Our President