The Hunt: So tell us how you really feel about us, Hollywood...


Ok, I am not so easily triggered. These are the same producers who gave us Get Out and The Purge,
so they repackaged the old 'most dangerous game' story with a 'Basket of Deplorables.'

It can't be worse than Midsommer. Their release timing is bad.

Update: Powerline: On The Hunt, Trump Gets Results

AoSHQ: Just accept that they hate us

There are a lot of old tropes being thrown into this movie. I didn't like The Purge, but Get Out was good. I didn't care at all for movies like Hostel or Saw, although I admit I liked The Green Inferno more than I should have. The Hunger Games followed the 'dangerous game' plot (with the entertainment satire angle), but it was a better book series than movie trilogy.

Update: Rush Limbaugh: Hollywood Fantasy Film Depicts Liberal Elites Hunting Deplorables. Rush is not buying this is "satire" but an actual fantasy of the left (and also an opportunity to monetize the issue). He has a point. I did like The Green Inferno, because it had environmentalists going to South America to some remote tribe who turned out to be...cannibals. Oops! So there was some schadenfreude/irony with that, but I would not like a film where right wing people hunted liberals. I would find that offensive. The reciprocal is not true for many on the left. Allahpundit is not offended (at least by the trailer) but Rush's criticism is a wee more nuanced.

AoSHQ: Why did the Cucks go to the matresses over The Hunt? The Twitter Soyboys are shreiking about conservatives (Ace's analysis of how horror movies play out is likely).

Legal Insurrection: The Hunt: Liberals hunting 'Deplorables' for sport. I did not realize CNN ran this trailer ad during the Democrat Debates.

Instapundit: Culture War scalp, The Hunt banned, Spengler: No one lives matter, that is why there are mass shootings

Mark Steyn: Identity and the Elites and Shaving Away Profits

Camp of the Saints: Helter Skelter at 50

Fox News: Outrage over The Hunt

The Hill: Misfire or Direct Hit

Amazing. I’ve waited my entire career to hear a Republican say what I say about Hollywood. Finally. 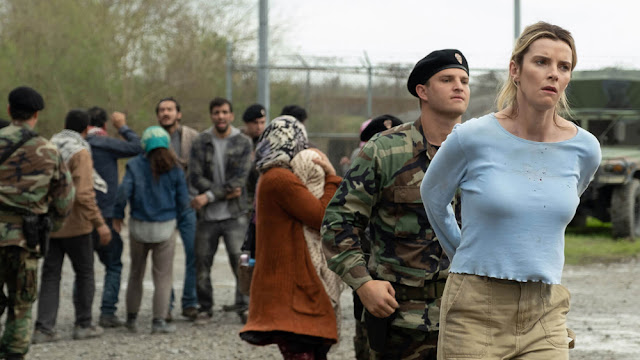 Betty Gilpin stars in this film. 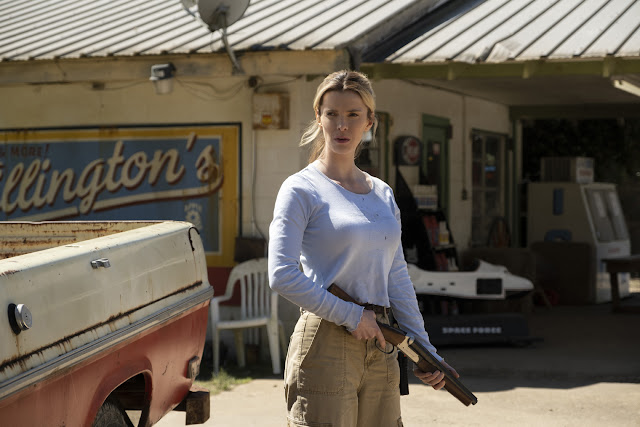 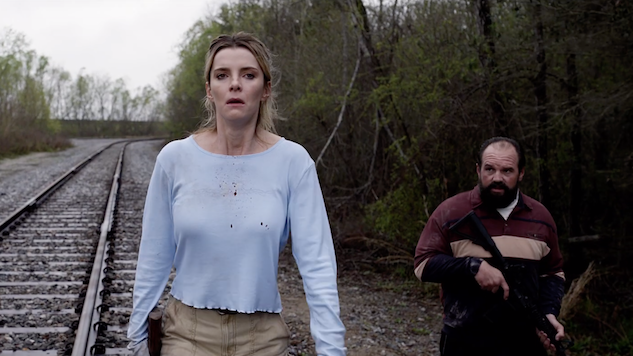 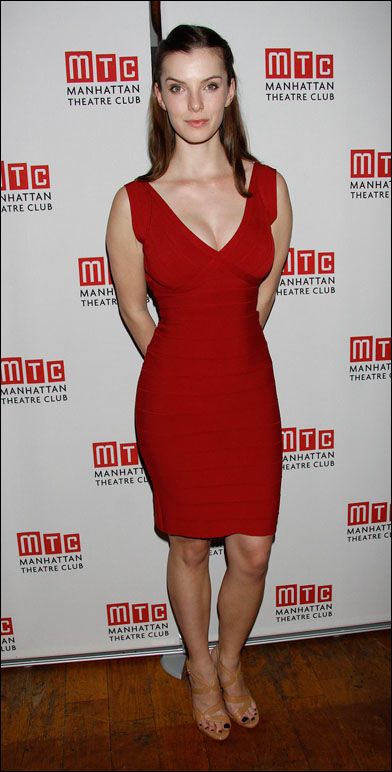 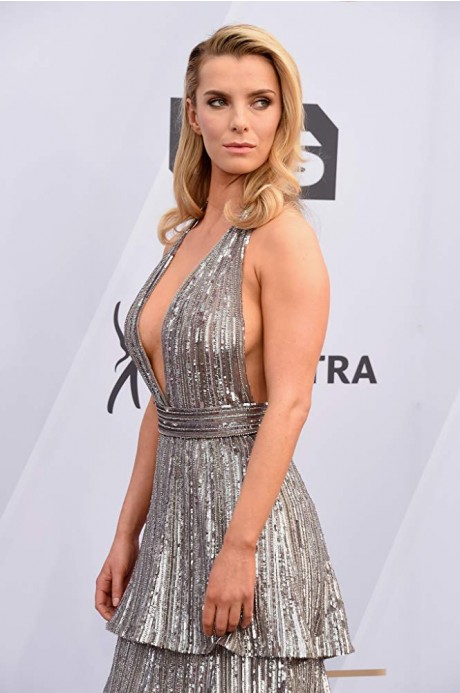 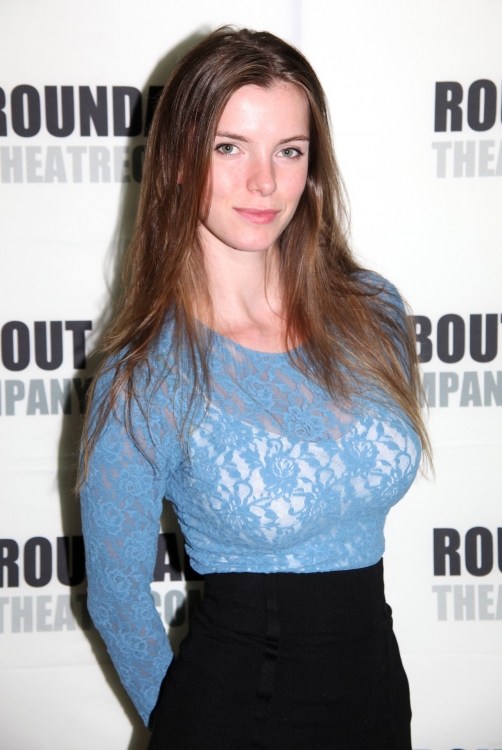 NRO's Kyle Smith claims Pro Trump movie cancelled because of Trump. Mr. Smith has that snarky tone that RedState posts used to have (till they purged their ranks of NeverTrumpers). Despite Kyle Smith's worries he will never see The Hunt, I doubt Universal has cancelled the movie for all times. That is an exceedingly rare thing for Hollywood (I can think of only one example and that is that's Jerry Lewis's The Day The Clown Cried). I will guess it is just delayed.

I did this post on The Hunt and The Most Dangerous Game, that The Hunt is obviously based on. Beyond getting a basic plot premise from the trailer, did NRO and Kyle Smith get a special screening so they know The Hunt is pro Trump or are they just guessing?

Maybe Kyle Smith is right (I have not seen the film either). Ace however did a bit of reasoned analysis and so did Rush Limbaugh, which from my viewing on movies over the years and how Hollywood deals with things seems way more likely spot on than Kyle Smith's guesses.

Rush Limbaugh was also great friends with WFB, Jr. Rush considered him a mentor and father figure. No one is perfect, but Rush has been way more right on conservative issues than NR has been been since Buckley's passing.

I have accepted the fact that Hollywood and leftists hate us. I am getting a pretty good idea that so do the conservative establishment.

Hogewash: The Race is Biden's To Lose

Camp of the Saints:  Normal Political Process RIP, Plum picking, The Cause Is All, Adobe Walls Needs Our Help

The Pirates Cove: If All You See..., The Peace Corps is now Raaaaacist, Baltimore Rats, and Sorta Blogless Sunday Pinup

The Feral Irishman: Never Forget, Looks like we are still on this path, Frideyes, Faces of Antifa, Catching Irish's Eye, and Pick One

Mark Steyn: Valley of the Dolls, Guardians of the Theocracy, Berrying Boris, The Lost Frontier, and The Taming of the Jew Hating Shrew


TOM: Note To Self: Heed Surber, Apparent Epstein Arkanicide,  Reading for the Road: I Was Born in the Backseat of a Greyhound Bus, $211.17, Biden Says What Liberals Really Think, In The Mailbox: 08.08.19 (Not The Special Hitler Edition), Texas Psycho Killer’s Parents Claim They Taught Him ‘Love, Kindness … Tolerance’, 8/8 = Hitler? ‘Remember, These Are the People Who Tell Us Trump Is Crazy’, In The Mailbox: 08.07.19 (Evening Edition), This Was Probably Inevitable, The Hate They Create: Democrats Sow the Wind, and Reap the Whirlwind, Police in Canada Arrest #WaxMyBalls Tranny Jonathan ‘Jessica’ Yaniv, In The Mailbox: 08.07.19 (Morning Edition), DaTechGuy 2.0, Dayton Mass Murderer Had More Red Flags Than a May Day Parade in Beijing, Off the Shelf, ‘Aiyona Hunt’ Is Not a Woman, In The Mailbox: 08.05.19, ‘Revenge of the Nerds,’ IRL?, Two Mass Shootings in 14 Hours: Thoughts on ‘The Gamification of Terror’, How Dangerous Is Baltimore, They Told Me If I Voted for Trump, Jews Would Suffer Legal Persecution, The Poison Fruit of Radical Seeds, In The Mailbox: 08.02.19, ‘Stupid and Crazy’: Debates Expose Democrat Party at War With Itself, Her Superhero Name Was ‘Whorella’, ‘Florida Man’ Strikes Again, In The Mailbox: 08.01.19, Crazy People Are Dangerous

A collection of sites known for appreciation of Rule 5 and karma: