I am not justifying what Roger Ailes is alleged to have done (although to be fair, he is not here to defend himself and he had women who defended him at Fox News). I do note that Hollywood is certainly not focusing on Harvey Weinstein, Kevin Spacey, Charlie Rose, Matt Lauer, or any sex scandals involving left leaning celebrities. I am going to guess Hollywood will dodge the NXIUM sex scandal too. There is clearly a double standard when it comes to sensationalizing this stuff.

Of course, the lefty media and her new co-workers trashed Megyn Kelly after she made her switch to NBC. They are probably not addressing that in this movie either.

Charlize Theron, Nicole Kidman, and Margot Robbie are in the movie trailer above.

Instapundit: Bombshell Trailer: So when is the Matt Lauer moving coming? 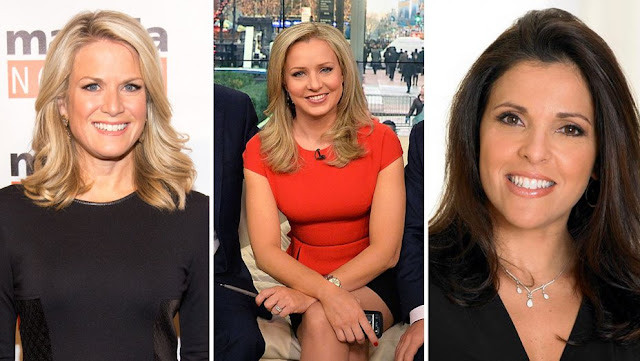 Hogewash: Snopes is a bunch of dopes

The Pirates Cove: If All You See..., and Sorta Blogless Sunday Pinup

Camp of the Saints: Leftists Abuse Down Syndrome People, The Cause Is All, and Adobe Walls Needs Our Help

Mark Steyn: Passing on the Red Pumps, Stop Yer Lyin' or Yer Not Coming To Zion, Right, said Fredo, and The Taming of the Jew Hating Shrew

A collection of sites known for appreciation of Rule 5 and Info Babes: