Housing alone will not solve homelessness, because the real issue is not a lack of homes... 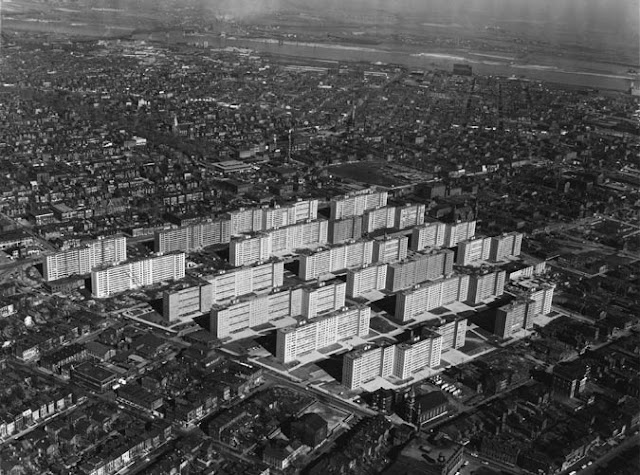 Instapundit: An addiction crisis disguised as a housing crisis

How Pruitt-Igoe ended up.

You could spend all the money you want to provide homes for every homeless person in America and it would still fail miserably. That is because the vast majority of homeless in the United States are suffering from alcohol and drug addiction issues and mental illness problems. Giving those people a house, without more support, will almost always end badly.

I am not a fan of public housing in general because of bad outcomes (such as above) and it distorts the housing market. While tax and zoning policies that make more affordable housing available as an alternative are good, they only go so far. That helps the working poor, who may be squeezed out of housing (especially in expensive regional markets) but it will still not resolve the homelessness crisis.

The Homelessness Industrial Complex does not want to really solve homelessness, they want to benefit from it. Seattle, as an example, spends $100,000 per year per homeless person.  That is an astounding number given the utter failure of the City to mitigate the problem. This money is funneled by corrupt politicians to their insider supporters.

Even publications like the Huffington Post and Socialist Liberation (while wrong on the causes of homelessness) acknowledge that the bureaucracy and graft by government officials is out of control. Follow the money on who benefits from homelessness.

Giving a homeless heroin or opioid addict housing will not suddenly turn that person into a model citizen. It is unreasonable to expect a good result by providing public funded housing to people living on the streets without addressing addiction and mental health issues first.

I do support states addressing this issue by offering more addiction and mental health treatement (and given the poor results of such programs, I would focus on those who have a proven track record of success and stop funding those who do not. I support prosecuting crimes done by these individuals (such as buglaries, theft, robbery, repeated disturbances of the peace, etc.) and offering them addition treatment in prison (Seattle Is Dying documented how Rhode Island does that).

EBL: Coming To A City Near You: Seattle Is Dying and Seattle Spending $100,000 per Homeless Person

Roger Simon: Why are there so many homeless in Los Angeles?

NPR: Meth in the morning, heroin at night

From Zendo Deb in Comments!  Thanks
Posted by Evi L. Bloggerlady at 2:18 PM

Email ThisBlogThis!Share to TwitterShare to FacebookShare to Pinterest
Labels: fiscal conservatism, homelessness, out of control government, political corruption, progressives, the moral decline and collapse of Western Civilization, war on drugs