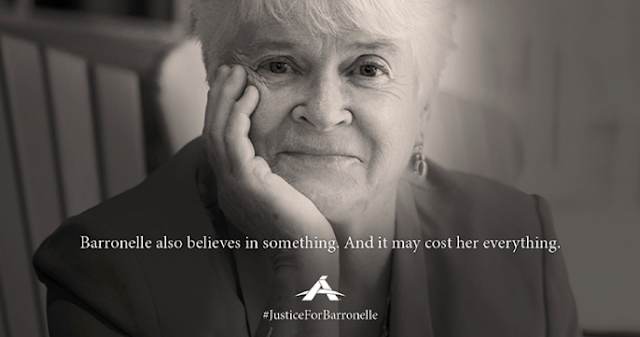 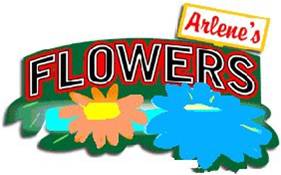 I support same sex people getting married (if that is what they wish to do). I do not support bullying and government persecution over those who have the temerity to opt out of participating in such ceremonies.  It is wrong and essentially forced coercion. This is not the same as denying housing or essential services to some one. Barronelle Stutzman does not deny services to gay people (the plaintiff in her case was a former customer), she simply opted out of participating in his wedding because she said it violated her religious beliefs.

And seriously, a gay couple can't find a friendly florist for a gay wedding? The Attorney General of Washington is a "progressive" media hound looking for a scalp. Barronelle Stutzman is his target.  Barronelle Stutzman is not a millionaire like Colin Kaepernick--she is a small local businesswoman being crushed by the unlimited assets of government.  Mrs. Stutzman's response to the Attorney General is brave and risking all:

Thank you for reaching out and making an offer to settle your case against me.

As you may imagine, it has been mentally and emotionally exhausting to be at the center of this controversy for nearly two years.  I never imagined that using my God-given talents and abilities, and doing what I love to do for over three decades, would become illegal. Our state would be a better place if we respected each other’s differences, and our leaders protected the freedom to have those differences. Since 2012, same-sex couples all over the state have been free to act on their beliefs about marriage, but because I follow the Bible’s teaching that marriage is the union of one man and one woman, I am no longer free to act on my beliefs.

Your offer reveals that you don’t really understand me or what this conflict is all about. It’s about freedom, not money. I certainly don’t relish the idea of losing my business, my home, and everything else that your lawsuit threatens to take from my family, but my freedom to honor God in doing what I do best is more important. Washington’s constitution guarantees us “freedom of conscience in all matters of religious sentiment.” I cannot sell that precious freedom. You are asking me to walk in the way of a well-known betrayer, one who sold something of infinite worth for 30 pieces of silver.  That is something I will not do.

I pray that you reconsider your position. I kindly served Rob for nearly a decade and would gladly continue to do so. I truly want the best for my friend. I’ve also employed and served many members of the LGBT community, and I will continue to do so regardless of what happens with this case. You chose to attack my faith and pursue this not simply as a matter of law, but to threaten my very means of working, eating, and having a home. If you are serious about clarifying the law, then I urge you to drop your claims against my home, business, and other assets and pursue the legal claims through the appeal process. Thanks again for writing and I hope you will consider my offer.

EBL: You Will Be Made To Comply: Arlene's Flowers, Arlene's Flowers: Fight Leftist Government Bullies, Barronelle Stutzman of Arlene's Flowers Loses At State Court, Washington State Sues Florist For Refusing To Sell Flowers To Gay Wedding, Does Nike Abide, Just Do It