Why is South Africa outright confiscating land from White Farmers? 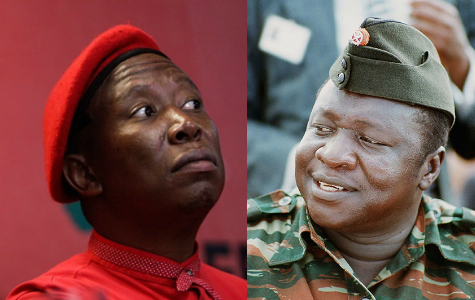 Government can engage in a lot of shenanigans to hide their actions. Through taxes, regulations, and other less overt techniques, governments can promote all sort of behaviors.

South Africa is currently focused on confiscating (without compensation) farms that are bigger than 25,000 acres. That is a big farm, about 38.5 square miles (roughly 100 square kilometers). I suspect the number of individuals owning farms that size in South Africa is relatively limited. I would also guess those farms are mostly wheat farms, cattle range, bush, and a lot of it is likely un-arable. Probably many of those farms are corporations.

I am not promoting socialist "land reform" under the guise of tax and regulation (that is in many ways just as bad, just not as visible), but because it is politically hidden, that is typically how it is done.  The current government South Africa wants an open fight with these land owners. South African leaders such as Julius Malema are not about boring social change by manipulating tax rates or regulations over a certain farm size--it is about action.

Don Surber: So what got South Africa to back down?

Instapundit: Ayn Rand recognized this for what it was, This Will End Well: Even Lefty Nick Kristof noted Zimbabwe remembered what was under Rhodesia,  New Zimbabwe: South African white farmers are selling but no one is buying, Black Farmers Back Trump, and South Africa poised to take white owned farms

With sentiments like this, and near by Zimbabwe as an example, what do those farmers have to fear? 🤔🇿🇼🇿🇦 https://t.co/RqiBPOctbN
— Evi L. Bloggerlady (@MsEBL) August 30, 2018

Email ThisBlogThis!Share to TwitterShare to FacebookShare to Pinterest
Labels: communist assholes, historic events EBL does not like, out of control government, racism, separated at birth, social experiment, socialism, South Africa