It would be impossible for Black Panther to live up to the hype, but as comic book movies go it is solid. Chadwick Boseman as Prince T'Challa does a great job in the title role as the Black Panther (Boseman has been excellent in everything I have seen him in, especially in 42 and Marshall).  However, the movie almost gets stolen by Michael B. Jordan as Erik Killmonger.

Yes, it is a comic book movie, trying to show how "woke" Hollywood is. Well, Hollywood would have made Black Panther twenty years ago if that was the case (see the Wesley Snipes' Variety interview below). Fortunately it is more comic book than woke, so the film works.

The women of Black Panther have great roles. I did a post already for Lupita Nyong'o, who is excellent.  I especially liked Danai Gurira as General Okoye and Letitia Wright as Shuri (as T'Challa). Angela Bassett does a fine job playing Prince T'Challa's mother.

While there is a jab about building bridges rather than walls (who could that be referring to) and some anti American nonsense about what our special forces do (you will know it if you go see it--although if you want an alternative villain, there is always Altered Carbon's UN Protectorate bad guys for a change of pace), overall I still liked the film. Interesting, however, that Wakanda does not let refugees in and strictly controls its own borders.

Without giving it all away, I was a bit disappointed with the design of Wakanda's main city. It looked like any modern city, but heavy on Rainforest Cafe and Disney hotel architectural  kitsch with some African baskets and graffiti tagging thrown in. I am not criticizing all the set work (some of it was excellent) but the goofy stuff unfortunately sticks out in comparison.

Twitchy: Can you be too woke?

Variety: Wesley Snipes on his prior attempt to make Black Panther

Black Panther is the First black superhero to ever star in a film.

It’s amazing what people forget when they’re caught up in a moment.
— Bosch Fawstin (@BoschFawstin) February 20, 2018 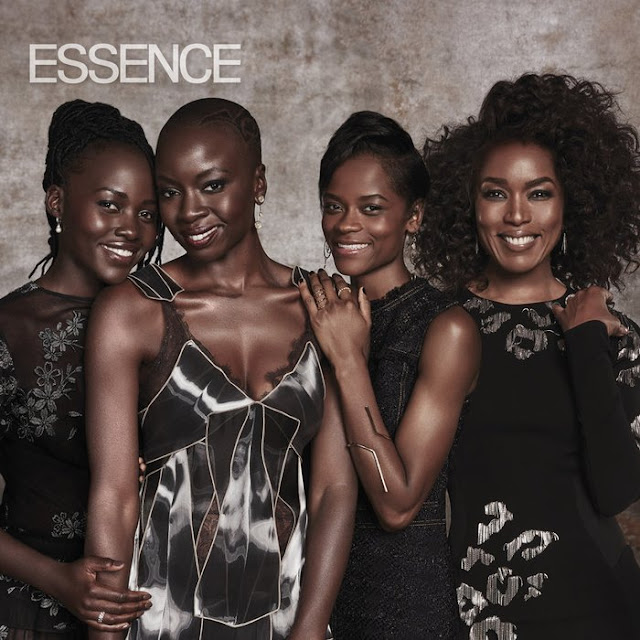 Essence: The Women of Black Panther 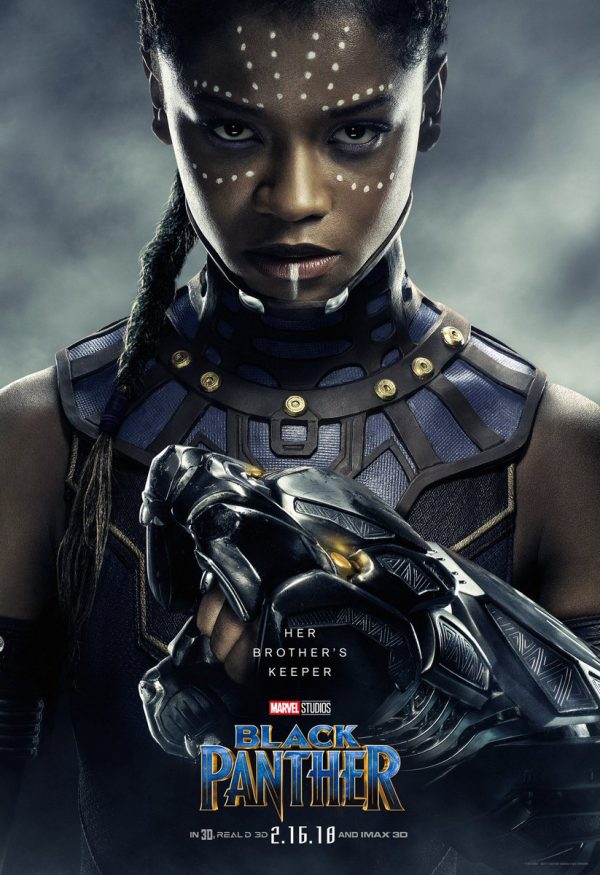 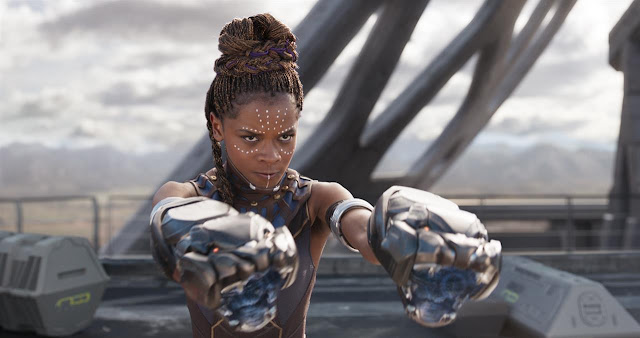 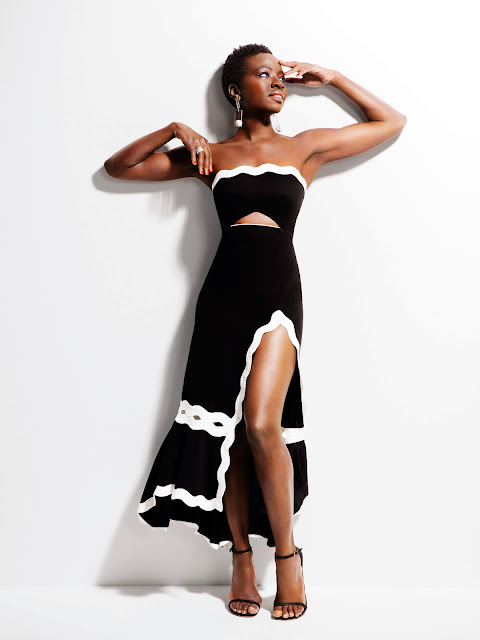 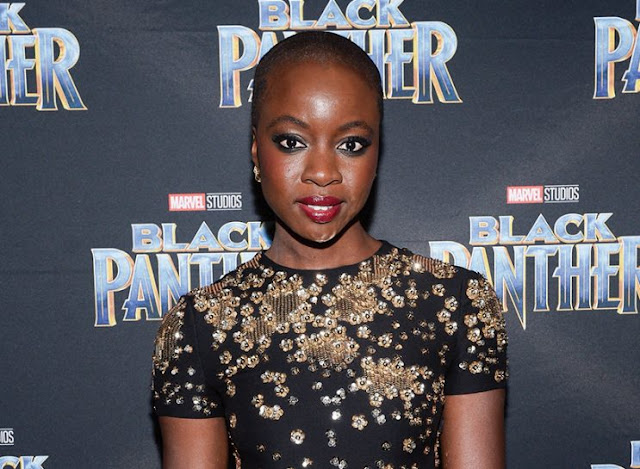 EBL: The Women of Walking Dead, Michonne, More Michonne, and Who saved Andrea? 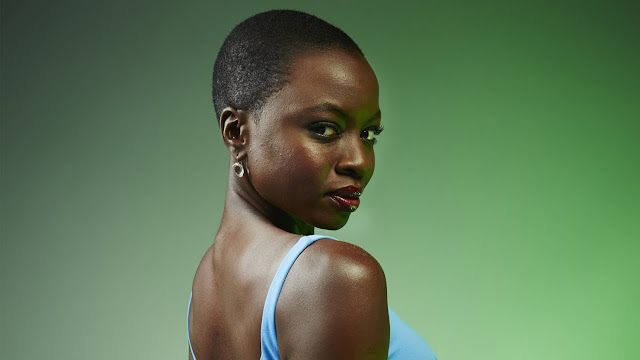 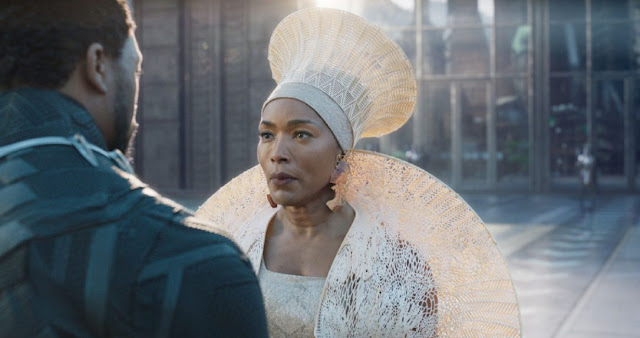 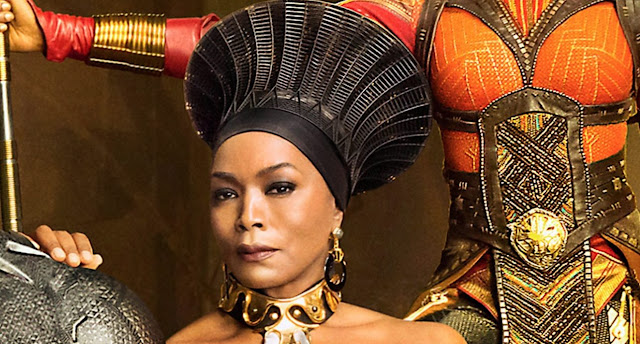 Woodsterman: All About The Bass

90 Miles from Tyranny: Girls with Guns

A View From The Beach: Anne Althouse Ain't Buying It and Caroline Kelley Rule 5

AoSHQ: Dear Lindsay Vonn... and If the state can lie to us, why can't we lie to the state?


A collection of sites known for appreciation of Rule 5 and attractive comic book movie actresses: