#NeverTrump: Maybe it is time to admit they were more wrong than right? 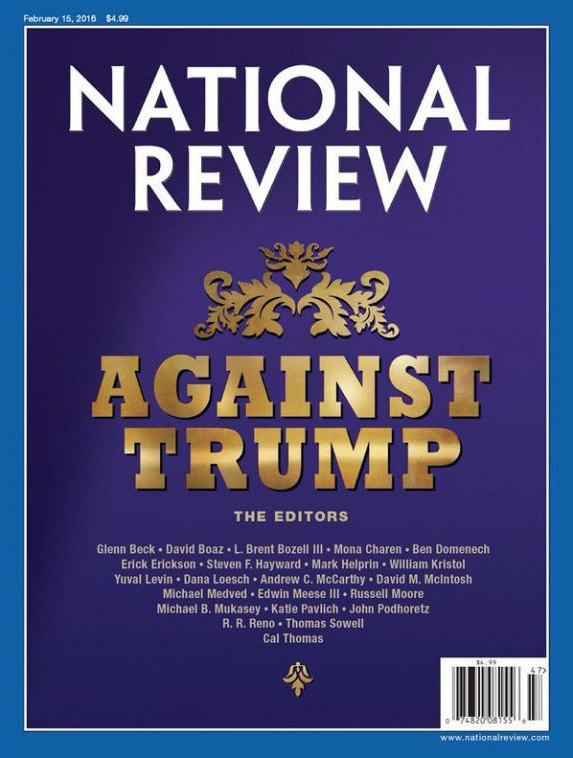 This National Review Against Trump edition came out in the primaries. While I disagree with the overall take of that edition, there was reason to have concerns Donald Trump was not what he purported to be. I get that.

I initially supported Ted Cruz myself. I did not think Trump would win the nomination, let alone the general election. I was depressingly resigned to Hillary Clinton becoming president, who I loathed. Beyond her victory being a political disaster for conservatives, I was sure the outcome for the country would have been terrible. Hillary Clinton is a terrible person.

I was excited because Hillary Clinton lost. I still had low expectations. If we got rid of Obamacare and got a decent conservative into the Supreme Court to replace Scalia, we were way ahead of where we would have been.

I would have loved to have seen Obamacare repealed outright. Unfortunately I forgot that repealing entitlements is very difficult once they are implemented (thanks John Roberts). Without 50 Senate votes for repeal it wasn't going to happen. That is not Donald Trump's fault.

So we have had a year of Donald Trump. Guess what, it has been mostly a conservative success. In a way, the failure of the Obamacare reform turned out ok, since getting rid of the Obamacare mandate is cleaner. The GOP Tax reform is far from perfect, but it was better than what was there. Roger Simon is right, maybe it is time for #NeverTrumpers to apologize?

This is less about "I told you so" (especially for me because I did not tell you so), than political reality. I greatly appreciate the successes so far. Granted they are modest and the result of compromises in Senate and House, but they are successes. All conservatives lose if the House and Senate are taken by the Democrats in the midterms.  We should be working to stop that from happening and encouraging Trump promote policies we support.

So when I see John Podhoretz get giddy over a predictive blue wave, I have to ask: Other than pointing out the threat, what are you doing to stop it?  Constructive criticism is fine, but a lot of Trump's critics are more about virtue signaling. Here's another tip, Nicole Wallace is not a conservative.

I am not suggesting we all wear MAGA hats and cheer everything Trump does (God knows Trump has made mistakes), but how about praising him when he does well? One thing Trump is not lacking is criticism. Part of the reason Trump is at 38% approval (at least according to the polls) is he is hammered every day by the media. What is galling about NeverTrumpers (at least from my observation) is their constant dog piling on Trump.

And to be fair, National Review has over the last year praised Donald Trump for some his successes. Rich Lowry admitted that 2017 was a pretty good year.  There is a lot of good to appreciate. The recent calling out of Jennifer Rubin was also welcomed. National Review has changed over the past year. But perhaps it is time to do a follow up to "Against Trump" and admit that many of those conservative commentators were wrong (at least in part)? Are they big enough to admit they were wrong? 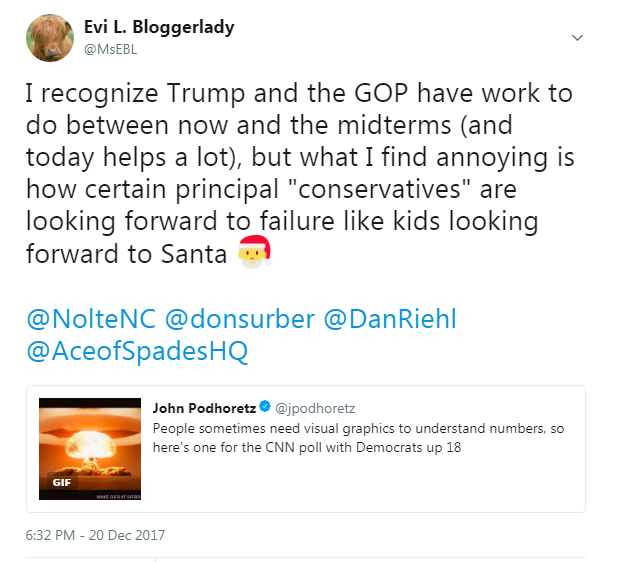 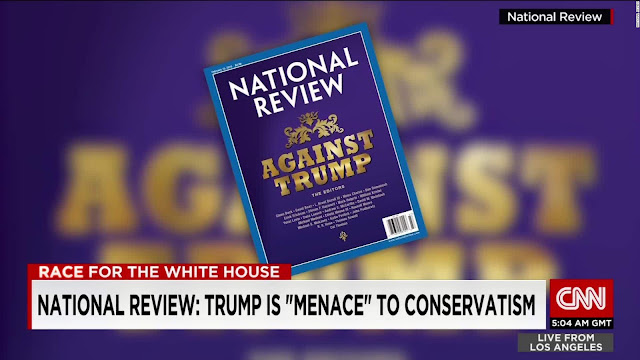 2017 wasn't perfect, but it turned out okay. Let's all work going forward to making 2018 even better. 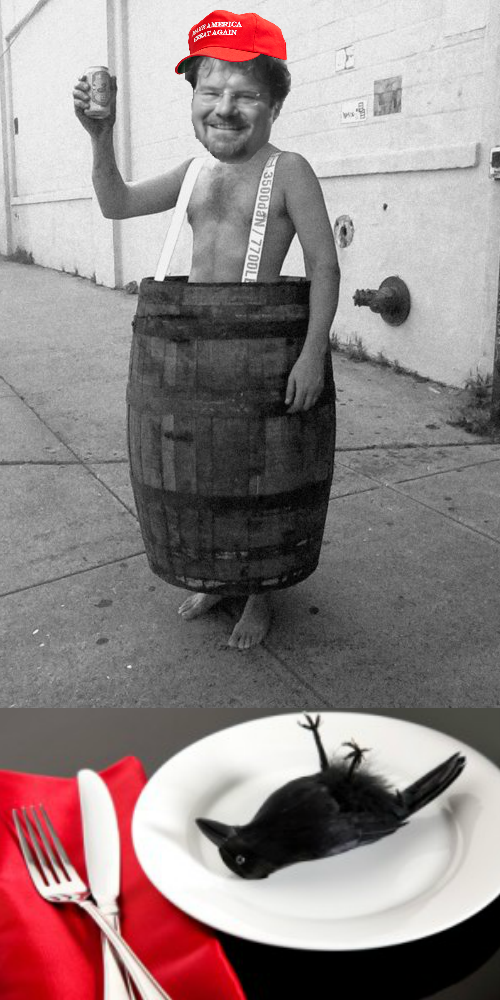 Jonah, your beer is half full and you can add all the condiments you want...

You can use your tax refund to buy some pants!

Bill Kristol will never admit he is wrong, but maybe Jonah might...

Trump's fulfilled the three campaign promises I care about:

2. Having the second scoop of ice cream delivered automatically like he's fuckin SINATRA AT THE TROP

By lowering tax rates, by increasing jobs and income, we can expand tax revenues and finally bring our budget into balance. pic.twitter.com/8ePd5fPkiF
— Famous-Quote.net (@famousquotenet) December 22, 2017

Rush Limbaugh: Trump has great year and his haters are miserable, Some swamp republicans warming to Trump because they believe the Mueller investigation is BS, Rush predicts GOP will hold House and Senate in 2018

Don Surber: Trump rid conservatism of its phonies and What Trump Thinks He Has Accomplished