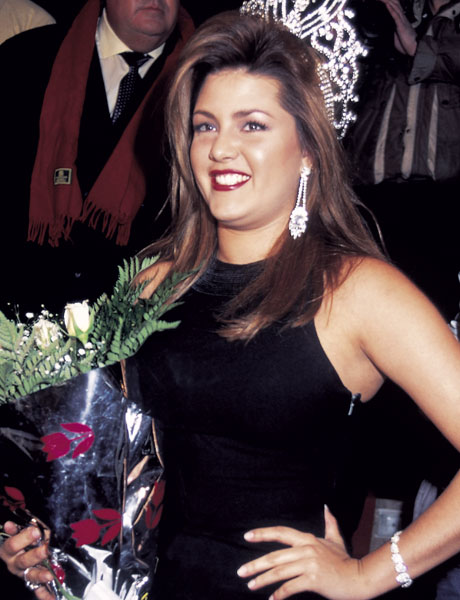 TOM: Can a Beauty Contestant Get Too Fat?  Yeah! 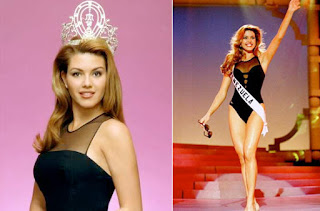 So Donald Trump allegedly said mean things to Ms. Machado years ago during her Ms. Universe reign. This happened back in 1996--it is twenty years ago. To quote Andrew Breitbart: So what?

And as Instapundit notes, Alicia Machado has personal issues of her own:
Like having a kid with a Mexican drug lord
and allegedly threatening to murder a Venezuelan judge

Hillary Clinton left this part out:

In 1998, Machado was accused of driving her boyfriend “from the scene of a shooting,” and the Associated Press subsequently reported a Venezuelan judge said “a former Miss Universe threatened to kill him after he indicted her boyfriend for attempted murder.” 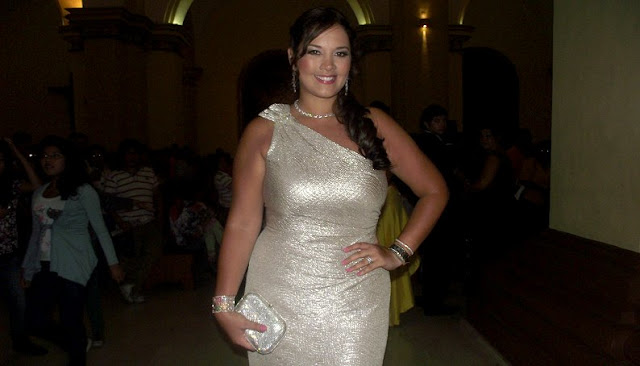 Objectively, be honest, is she too big here to be Ms. Universe?

Is Alicia driving a boyfriend from a shooting an issue?  What about Alicia threatening to kill a judge?

Hot Air: Machado admits she is "not a saint girl" 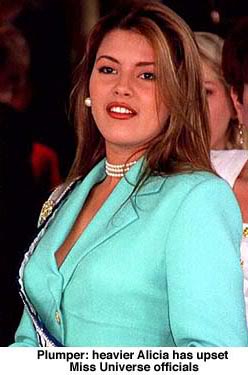 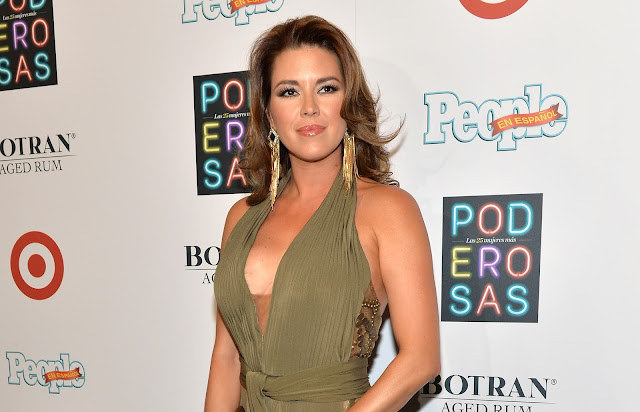 Alicia Machado looks much better now, good for her 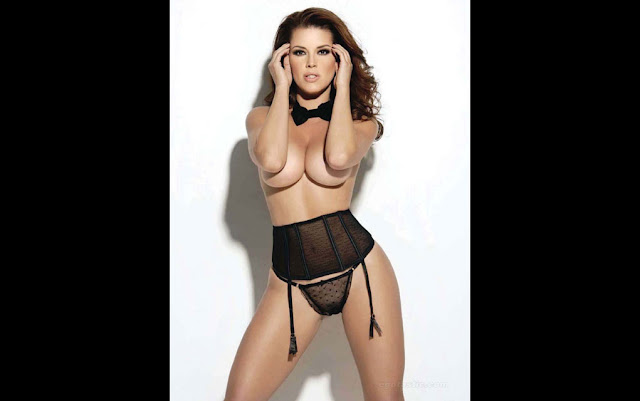 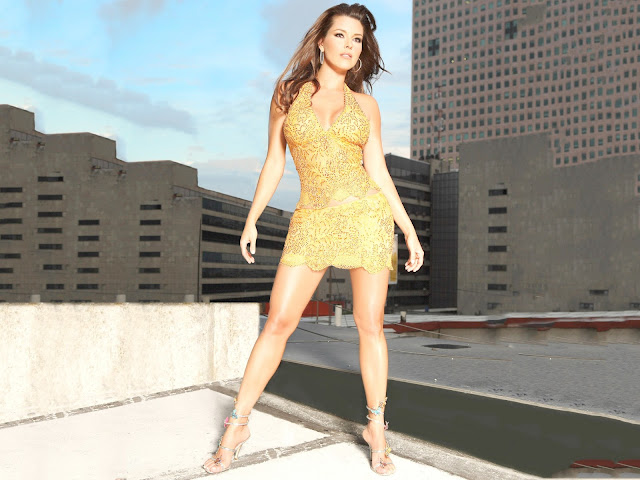 Instapundit: This week in Clinton Corruption: You're gonna need a bigger week! 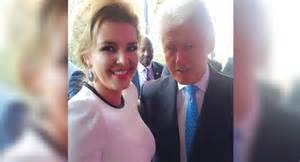 The Federalist: Alicia Machado is another Democrat Public Relations Scam

Jazz Shaw: Will Donald pull defeat from the jaws of victory? 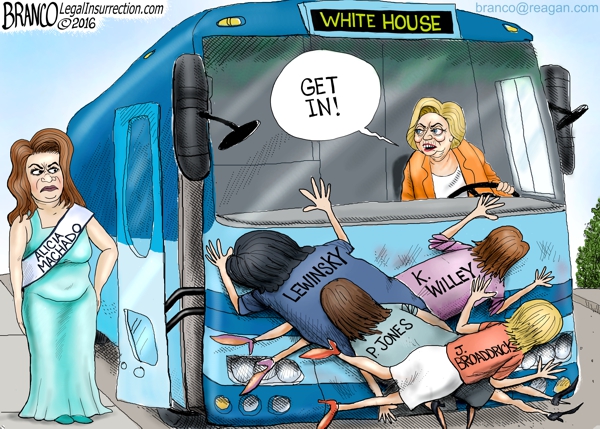