The Benghazi attack beyond being an avoidable tragedy is a political dog turd for Obama...

Candy Crowley admits she was wrong last night.  That attempted save for Barack Obama really does not help Barack Obama.  Because for the first time Barack Obama admitted (weeks later after repeatedly denying he was to blame) that the buck stops with him.  And that was just because Hillary Clinton forced him to do so.  This is weeks too late.  Had Barack Obama said this right after the attack, most Americans would be more forgiving.  No president can be perfect.  But when you dodge responsibility and then only admit fault when pressed, you will be held accountable.

This is not to make light of what happened in Benghazi.  Four Americans were killed.  And their deaths could have been avoided.  That was an avoidable tragedy.  I do not doubt Barack Obama feels bad about that.  But he is also responsible for what happened and calling him on it is not gotcha politics.  Especially when he tried to mislead the American people and dodge responsibility. 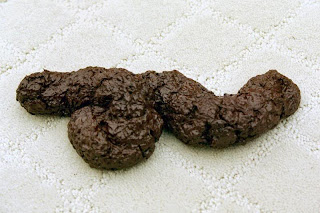 And while Barack Obama can try to mold it into a cute unicorn or something else, it still remains a dog turd.  Barack Obama's dog turd.  And let's focus on which side is playing politics.  It was Barack Obama and the Obama Administration in trying to dodge responsibility in the first place.  And it was Barack Obama's failed policies in the middle east that led to instability.  It was the Obama Administration's failure to beef up security that lead to the death of Ambassador Stevens, along with Glenn Doherty, Sean Smith, and Tyrone Woods.

After the Benghazi attack the Barack Obama and his Administration shot first and aimed later.
Posted by Evi L. Bloggerlady at 12:38 PM