What do you get when you cross Jimmy Carter with Richard Nixon? 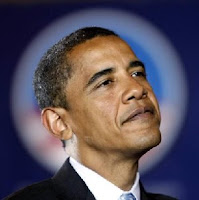 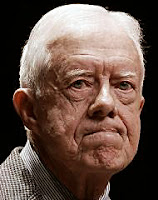 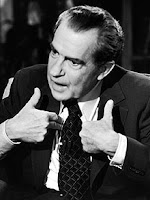 A combination of Jimmy Carter's smugness and incompetency with Richard Nixon's paranoia and out of control staff.  What could go wrong?


Courts have consistently held that the assertion of the constitutionally-based executive
privilege — the only privilege that ever can justify the withholding of documents from a
congressional committee by the Executive Branch — is only applicable with respect to
documents and communications that implicate the confidentiality of the President’s decisionmaking process, defined as those documents and communications to and from the President and his most senior advisors.  Even then, it is a qualified privilege that is overcome by a showing of the committee’s need for the documents.  The letters from Messrs. Holder and Cole cited no case law to the contrary.

Accordingly, your privilege assertion means one of two things.  Either you or your most
senior advisors were involved in managing Operation Fast & Furious and the fallout from it,
including the false February 4, 2011 letter provided by the Attorney General to the Committee,
or, you are asserting a Presidential power that you know to be unjustified solely for the purpose
of further obstructing a congressional investigation...

As they say, read the whole thing...

Poll: only 29% approve of Obama invoking executive privilege. The other 79% are waiting for him to rename his dog "Checkers". #tcot
— Fred Thompson (@fredthompson) June 27, 2012