Saint Michael the Archangel, Pray For Us 👼🏾☕️ 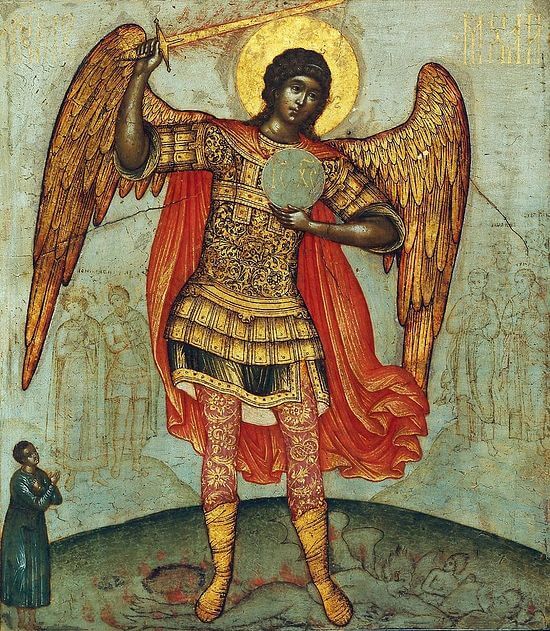 Talk about a self inflicted wound, Black Rifle Coffee goes off on "extremist" and "racists." Absolutes are stupid. You can denounce racism and illegal behavior (who doesn't) and also understand people labeled with that are not necessarily racists or criminals. Sometimes it is better to not comment.
I and many others think Kyle Rittenhouse is not a criminal. Foolish perhaps for going in harms way, but he did not break the law doing so and was attacked. So why did Black Rifle Coffee feel compelled to throw him under the bus?
The Proud Boys are labeled by the media and left as brown shirts, even though more than a few of them are sorta brown. So the left pivots and declares the Proud Boys are guilty of multiracial whiteness, whatever that means. Just because the grifters at the $outhern Poverty Law Center declares you a racist, doesn't mean you are a racist.
Maybe Black Rifle Coffee should not have stepped into this. The CEO of Black Rifle Coffee said if you support any of this they don't want you. Really? Ok, I don't buy Starbucks, so not buying Black Rifle Coffee is easy enough (and yes I have bought BRC previously). If you want to alienate your own base, this is a good way to do it. Get woke, go broke.
Saint Michael the Archangel is racist? If you do not believe in God or angels, that is up to you, but why would you think angels are racist? That is projected baggage, not the truth. Maybe I like my angels black, like my coffee? 👼🏾☕️ Here's a protip: Angels aren't human and don't have a "race." They reflect God (who created them). The various depictions of angels in art are often human, but usually reflect the person painting them. As Andrew Breitbart would rightly say, So?
Instapundit: PJ Media: Black Rifle Coffee Denies It Went Woke, RedState: Black Rifle Coffee: Get Woke, Go Broke and Proud Boys
Victory Girls: Black Rifle Coffee Company Insults Their Customer Base
AoSHQ: Morning Report 07.19.21 and Grift: Left and Right
NBC News: Proud Boy Leader burned BLM Flag
Da Tech Guy: I’m Not A Coffee Guy Myself

“It’s such a repugnant group of people.”

The executives behind @blckriflecoffee, a coffee and lifestyle brand hugely popular with conservatives, has some choice words to describe part of its customer base. https://t.co/BxTpq0kfQY pic.twitter.com/mbdrBSpwGs


Here's something I never expected...

Amusingly, I was the guy telling my con friends, furious at #BlackRifleCoffee's perceived betrayal of its customers by dancing like organ grinder monkeys for the mainstream media, to give BRCC a chance to tell us its side.

I guess it has. pic.twitter.com/7dymLxELvi

After the #BlackRifleCoffee revelations, how do you feel about BRCC and what it seems to think of conservatives?