Most Of The Trump Protesters Yesterday Were Peaceful and Law Abiding 🕊️ and Most of the Media, Democrats, and many of GOPe are Snakes 🐍 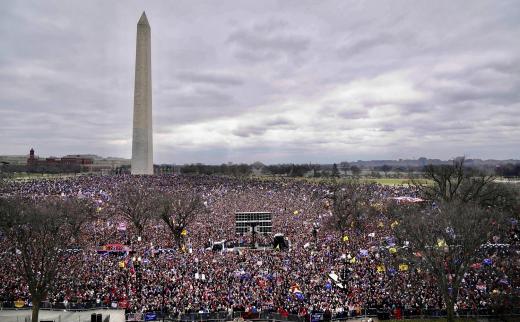 "Behold, I send you out as sheep in the midst of wolves; so be wise as serpents and innocent as doves." Matthew 10-16
If that crowd today (above) went violent, D.C. would be in ruins today.  They didn't.
Chuck Schumer, always one to go with over the top hyperbole, compared today to Pearl Harbor. Really? An unarmed Trump supporter was shot and killed (by the police).  Property damage and civil unrest is not good (I believe it should be prosecuted), but there was little physical violence (other than D.C. police shooting that Trump supporter) and the vast majority of Trump protesters (the many thousands outside in D.C.) were peaceful and law abiding yesterday. They are law abiding today.
Democrats encouraged actual violence and lawlessness all summer and into the fall. Schumer, the Democrats, and their media shills can spare me the crocodile tears.
This is going to end badly, but not ultimately because of Trump or his supporters. This dynamic was set in play by Democrats and the Media. "They sow the wind and reap the whirlwind." Hosea 8:7
Rush Limbaugh: Rules for Rioters: It Doesn’t Matter What You Do, It’s Who You Are When You’re Doing It, Rich Elite Socialists Now Control the Stock Market, One Wrong Word… They Want to Make You Denounce Trump and the MAGA Movement, and I Warned You About What We’re Living Through Today
TOM: No, Trump Did Not Incite Violence, Before Capitol Riot, D.C. Mayor Rejected Federal Law-Enforcement Assistance, and WTF Just Happened in D.C.?, Real Life Is Not Twitter or a Video Game and WTF Just Happened in D.C.?
AoSHQ: Morning Report 01.08.21, John Hayward, Morning Report 01.07.21, Morning Rant,  and Perspective
Don Surber: Oh no! We upset people who call us deplorables and Never Trumpers Got Their Wish
EBL: Mostly Peaceful Protests at Capitol 😬 and You have to appreciate the little things...
The Federalist: Twitter Bans Trump’s Call For Peace and Stand Down
RedState: Sit down #FakeJake Tapper on moral lectures
Mark Steyn: "This is not who we are..."
Powerline: Enough With The Outrage
According To Hoyt: Attention Please!

GRAPHIC FOOTAGE: Police fatally shoot a Trump supporter inside the Capitol building. This is a sickening crime that should be prosecuted as such. pic.twitter.com/X8JK7HplJ7

Police opened gates and offered them in 😡 pic.twitter.com/cFJmIekwzR

Don't talk to us about how America became a Third World country "today."