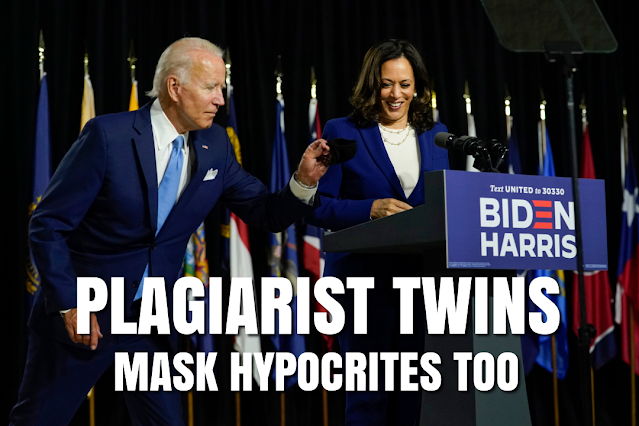 Given Biden's plagiarist and lying past, Harris is a perfect running mate for him. Ace did not break this story about Harris, but he sums it up well. We heard for years from the left and NeverTrumpers (there is not much difference) how Trump was a liar. Often with Trump, the so called "lies" are his opponents and the media mischaracterizing and taking his statements out of context.

Biden has been brazenly lying in a public capacity for decades. In the past Biden was called out on it, but not now. The media is in cahoots with the Democrats. Harris has also done this repeatedly and gets even less scrutiny.

Instapundit: Harris: Might as well steal from the best!

EBL: Vote for Purdue and Loeffler in GA 🍑

Powerline: Who's Smarter: Biden or Harris?