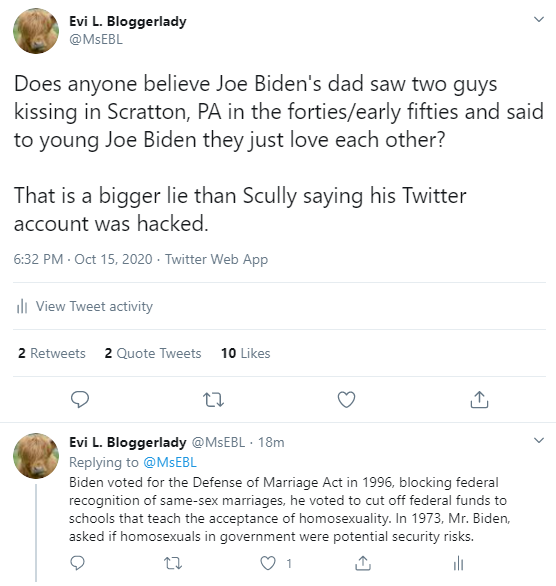 I watched both townhalls. Savannah Guthrie was hostile to Donald Trump the whole time.  George Stephanopoulos could not have been nicer to Joe Biden--by giving him carefully screened questions (nothing by the way on Hunter Biden, Ukraine or China).

#BREAKING: As expected, @ABC News and chief anchor/former Clinton official George Stephanopoulos made sure that there was NOT A SINGLE question about Hunter Biden at this #BidenTownHall.

Another example of censorship and collusion. 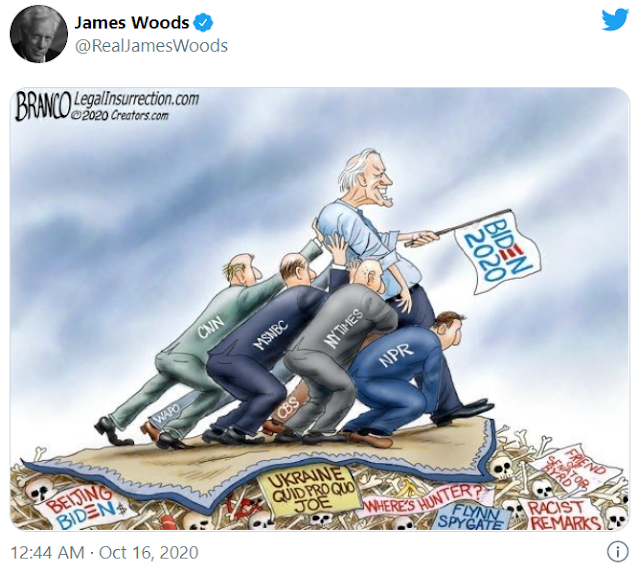 Instapundit: Dispatches from the House of Stephanopoulos, Samantha Guthrie is a good pet for the powers that be at NBC, Trump and Biden face off in dueling Townhalls, Messaging from Biden and Twiter (synergy), Tater is shocked, shocked, that Scully sold out on Twitter, and Twitter is Garbage

@SavannahGuthrie’s husband was Al Gore’ traveling chief of staff during the 2000 election cycle.

Is anybody really surprised by her abhorrent, hostile behavior last evening ? @NBCNews pic.twitter.com/OeZeTttdw2 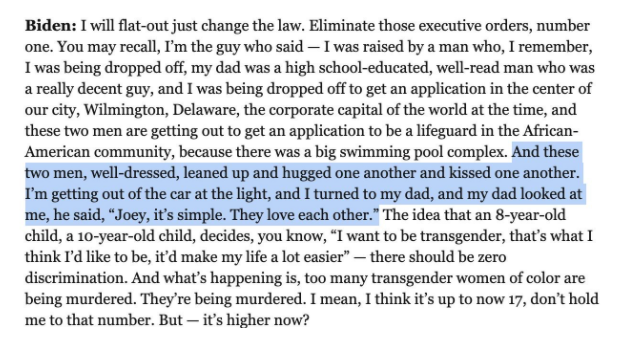 AoSHQ: Some Biden BS (some call it Malarkey)

President Trump roll calls his contributions to the African American community. It'd be a shame for the Democrats if this was shared far and wide. #TrumpTownHall pic.twitter.com/SJQFAr5nty