Lifting Of The Great Siege of Malta 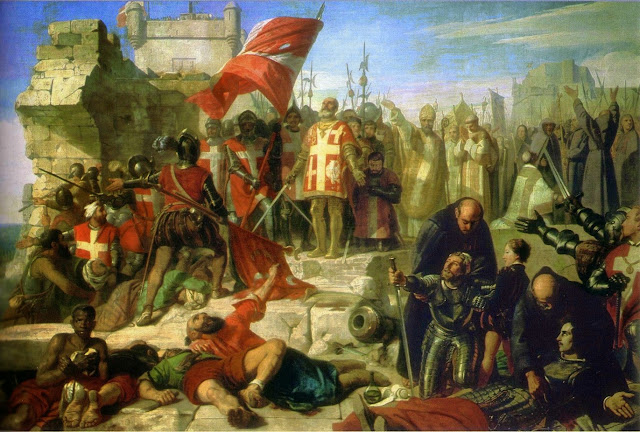 
It wasn't a coincidence that the attacks on September 11, 2001 were planned for September 11. It was supposed to signal a reversal of Islamic defeats. September 11, 1683 was also the date the battle turned in the Siege of Vienna (which was the start of reversals for the Ottoman Empire in Eastern Europe).

Mark Steyn: The Language of Losing

Rush Limbaugh: 18th Anniversary of "Something..."

Camp of the Saints: Why haven't we avenged the murdered victims of 9/11?

Legal Insurrection: Remembering the other 9/11 aniversary and Mandy Nagy on Remembering September 11th
Posted by Evi L. Bloggerlady at 12:00 AM