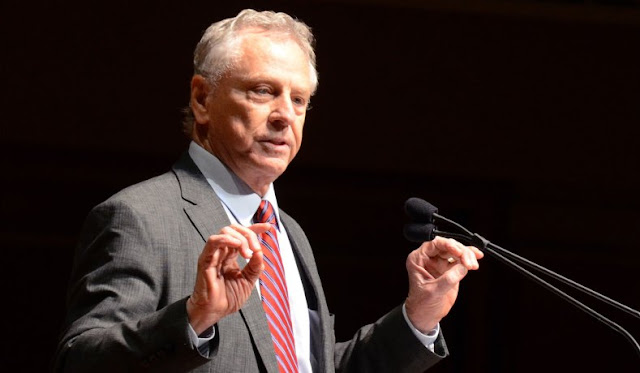 The Schadenfreude meter just spiked. I am no fan of the Southern Poverty Law Center or Morris Dees. In my opinion they are both inherently corrupt and dishonest. How is some supposed charity allowed to park half a billion dollars (much of it off shore). Not only is Morris Dees (allegedly) grabby when it comes to taking cash, he is also grabby when taking liberties with the ladies.

Instapundit: When you have lost The New Yorker, Morris Dees and His History of Alleged Racism, Don't Stop With Dees, and Morris Dees Fired By SPLC: Was it racism, sexual harassment, both?

Deliciously, as in way better than ice cream:


The recent resignation of a black female attorney, Meredith Horton, seems to have been the “last straw” in terms of the SPLC’s issues with women and minority employees. Which is just so deliciously ironic, isn’t it? Here you have Dees & Co. smearing honest people as perpetrators of “hate,” and yet SPLC employees like Horton and others say they were mistreated by this liberal organization.