Why are I.Q. levels dropping?

AoSHQ and Instapundit on why I.Q. are declining.

TOM: It's the Degeneracy, Stupid

I do not think Alexandria Ocasio-Cortez is stupid (she was a bright student in high school and went on to Boston University). She was smart enough to run for this House seat and win it. She (like a lot of her generation) have been fed ideas about socialism and politics that are just flat out wrong.

Powerline: Ocasio-Cortez not helping herself with the whining

Naturally, the same week we kick-start a nat’l convo on marginal tax rates endorsed by Nobel-Prize winning economists, I’m being described as “vacuous.”

If you’re allowed to characterize female politicians as “unlikeable,” are we allowed to describe takes like these “resentful?” https://t.co/cMikVKcJ5U
— Alexandria Ocasio-Cortez (@AOC) January 8, 2019

AoSHQ: So who exactly is making fun of AOC's dancing?

Twitchy: Meltdown In Progress! Occasional Cortex Is Pissed At MSM Fact-Checkers Calling Her On Her BS

TOM: In The Mailbox 01.04.19: Twitchy: The Look On Anderson Cooper’s Face When Occasional Cortex Says She Wants To Tax The “Tippy Top” At 70% Is EVERYTHING 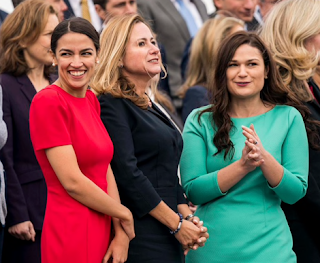 DaTechGuy: 2018: Strange and Unusual (how people read and write now) 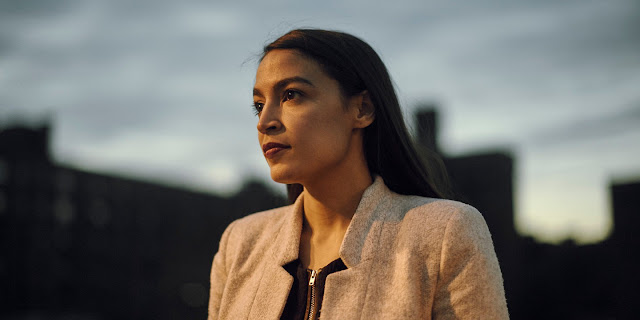 Ocasio-Cortez Continues To Claim She Grew Up On The Hard-Knock Streets Of Mos Eisleyhttps://t.co/D2cd5pzA7l pic.twitter.com/2v2P5hHrgr
— The Babylon Bee (@TheBabylonBee) January 2, 2019

On 60 minutes, @AOC calls for raising taxes up to "60 or 70 percent" for highest earners

"People are going to have to start paying their fair share in taxes" pic.twitter.com/onAkHYMAqX
— Jon Levine (@LevineJonathan) January 4, 2019

A View From The Beach: Political Angelina Jolie and Fishing

A collection of sites known for appreciation of Rule 5 and human intelligence: