Bill Clinton has a good time at Aretha Franklin's Funeral

Who says you can't enjoy yourself at a funeral? 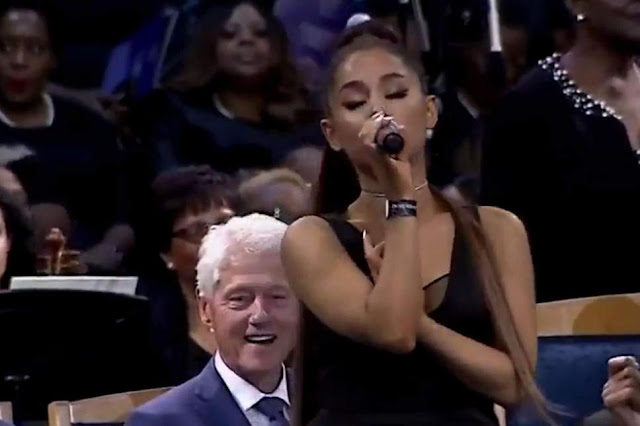 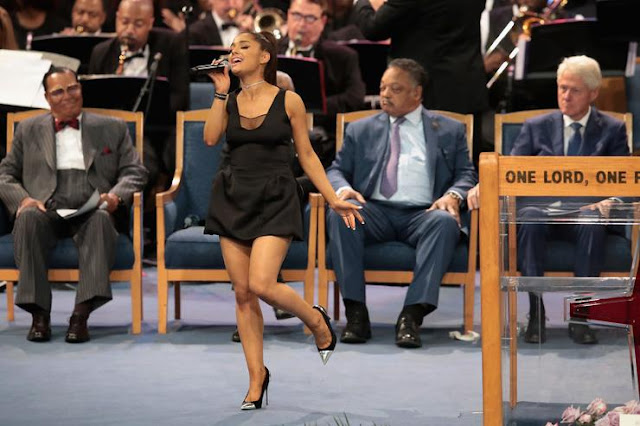 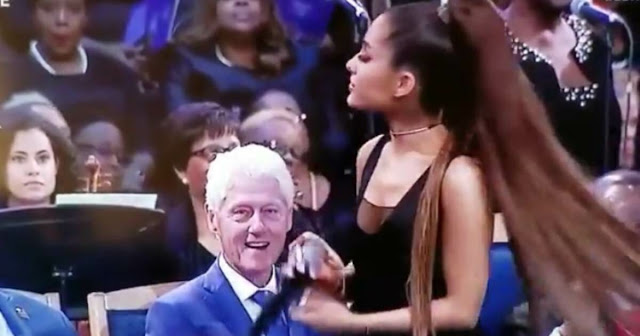 Bill Clinton: "I'd let her lick my doughnut!" (classic reference) 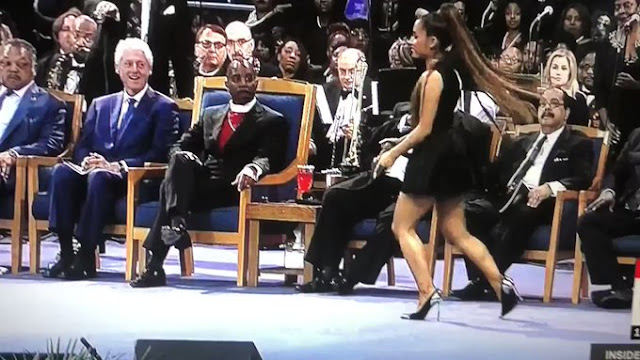 AP: Franklin Family did not care for offensive eulogy 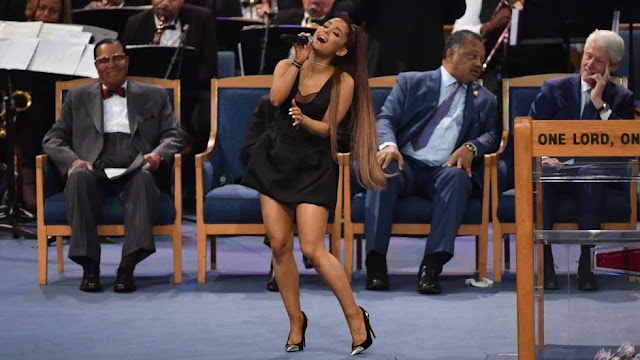 EBL: Aretha Franklin, RIP and I Say A Little Prayer

Of the three men to Bill’s right, the guy who once called NYC “Hymietown” has the *least* anti-semitic record pic.twitter.com/MMp2XvbU7w
— Allahpundit (@allahpundit) September 1, 2018

Ellis apologized to Grande, her fans and the Hispanic community for making a joke about seeing her name on the program and thinking it was a new item on the Taco Bell menu https://t.co/CbGd0JosK2
— New York Post (@nypost) September 1, 2018

this is literally disgusting. & the way he does it multiple times... how does he think that's ok or comfortable ? pic.twitter.com/uQbJJHu8mO
— anouska (@grandesecIipse) August 31, 2018

American Power : Ariana groped at a funeral (sexual shenanigans is not limited to Catholic Priests) 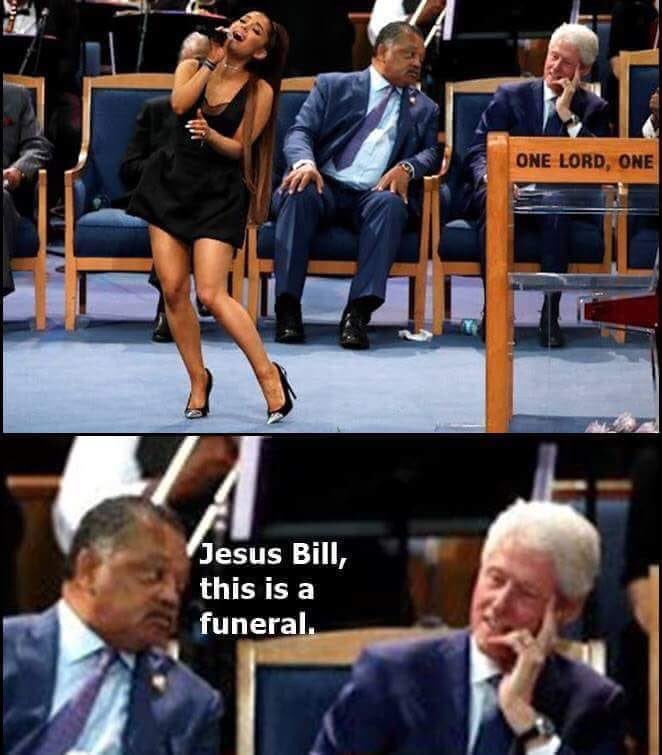 A View from the Beach: Wet T-Shirt Thursday

Knuckledraggin My Life Away: I’m sure she’s taken, men and  I’ll leave you with this

Rush Limbaugh: This Rosenstein Sound Bite Should Be The Only News and Getting rid of Trump is all that mattes to Mueller

A collection of sites known for appreciation of Rule 5 and Bill Clinton revealing himself: