This American Life and Radio Lab on the 'Alt Right' 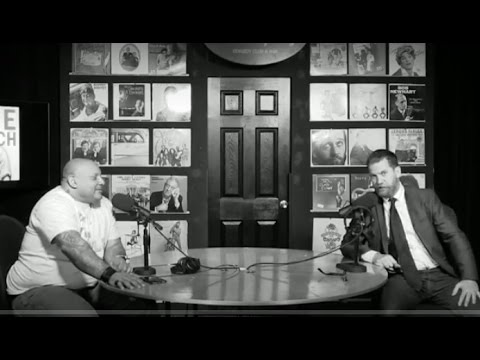 Dante Nero, the Pope of the Proud Boys, and Gavin McInnes

This American Life did a show on the Proud Boys, a Nationalist fraternal organization that has Dante Nero as a member...

Gavin McInnes is not a racist. McInnes is a Nationalist. Proud Boys is more about male bonding and beer drinking organization, a fraternity (like the movie Old School, but with some MAGA thrown in). Brownshirts they are not and they make a point they are not Alt Right. The Proud Boys invite Jews, Black and all races to join their organization. They do not consider white men (in themselves) a problem.

Given how low-T many male youth are in society today, trying to talk to women is actually pretty good advice. I am not promoting 'pick up artist' stuff, but if you want to be an alpha male you need to act like an alpha male.  Alternatively, if you act like an omega, you will be an...

Yet a few of its members adopted racist tropes and one of its members was involved in organizing Charlottesville's Confederate protest which went very badly. Jason Kessler was kicked out of the Proud Boys.

This American Life did a show on that. It was somewhat critical. Overall, while I did not agree with all of TAL's take (which was an emphasis on an undercurrent of racism on the alt-right), it wasn't unfair (or at least not completely unfair).

I post these clips of Dante Nero not to necessarily help my readers on their pick up skills, but to give them a suggestion. If things bother you in life, so you find them offensive, you can reject it and move on.

Radio Lab previously did a show on Shia LaBeouf and the alt right groups that captured his flag.  They said their readers complained so they took that show down. Why?

What Radio Lab did in taking down its own story was cowardly. I heard this story when it played. I did not think it was particularly pro Trump or pro Shia LaBeouf. It just reported on what was the hunt for Shia's flag by Trump supporters. It was an interesting story. It had no big moral statement beyond that.

And if the politics of this were flipped, Radio Lab never would have taken this story down. If anything, the politics would have been emphasized. This is pure cowardice of Radio Lab's part to cater to a small group of their readers.

My response to Radio Lab is easy (other than using it as an example in this post), I am going to stop paying attention to it.

Instapundit: And Glenn Reynolds asks, why aren't we promoting middle class values to raise up poor in America, Black on Black Violence (why no protest of that death toll), and Is Qualified Immunity Unlawful?