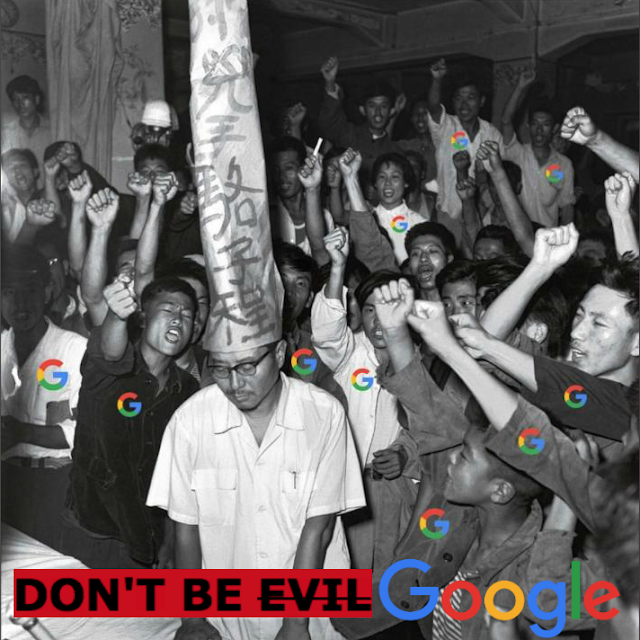 The Sanity Inspector added the logos to that awesome image above and posted it, I just added the title...

Wow! Even David Brooks is right about Google!

Of course Google is not the government (at least not yet). It can generally fire employees at will (with some exceptions). The first amendment, by itself, does not prevent a private employer from firing you for saying something the employer disagrees with. But it was exceedingly stupid for Google to fire James Damore over this memo.

You do not have to agree with the memo (many don't), but if you vehemently disagree with Damore's position, women are not so fragile that you can't address Damore's arguments with counter arguments. That is what a debate is. If you want an open dialog, have an open dialog.

In short: Don't Be Evil, Google. Because otherwise Google = Evil. 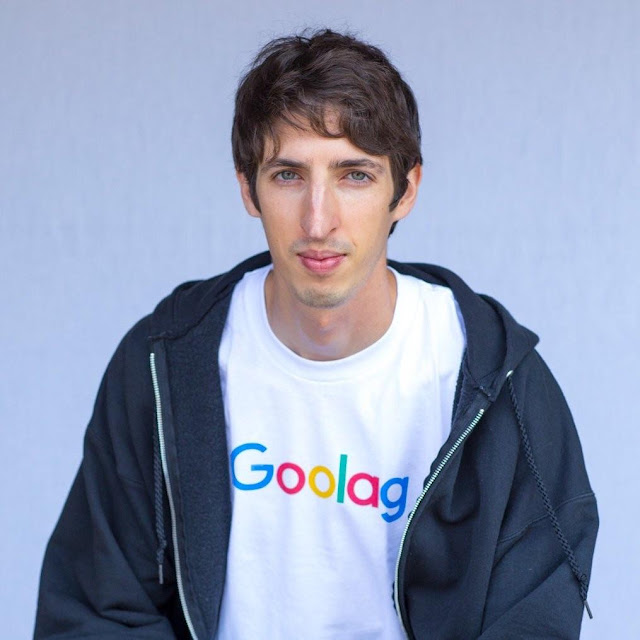 Reason: The Google Memo and the libertarian blindspot it exposes

Hot Air: James Damore: Why I Was Fired and David Brooks calls for Google CEO to get out!

Instapundit: Trust problems in the Valley, USA Today: Google needs a new CEO, No-one expects the Google Inquisition, The Google Archipelago, Choose the Form of Your Destructor, Google's CEO should resign (even David Brooks recognizes it), Most Google employees disagree with decision to fire memo writer (but are afraid to say so openly), Megan McArdle: Women in Tech: These are not my people, Google Diversity Meeting Cancelled, Google cancels townhall, ISIS setting up on Ebay, and Dana Loesch in the cross-hairs

“If liberty means anything at all, it means the right to tell people what they do not want to hear.”
― George Orwell

“I may not agree with you, but I will defend to the death your right to make an ass of yourself.”
― Oscar Wilde

A View From The Beach: This Week In Feminism

Mark Stein: The Heil To Die On

There is only one certain consequence of the @Google purge of #JamesDamore: no @Google employee will ever feel safe speaking openly again.
— James Woods (@RealJamesWoods) August 11, 2017

Hot Air: The New Right is not a pack of Neo-Nazis, but of James Amores

Hot Air: Damore a centrist
Posted by Evi L. Bloggerlady at 9:36 AM