Molly Pitcher and the Battle of Monmouth 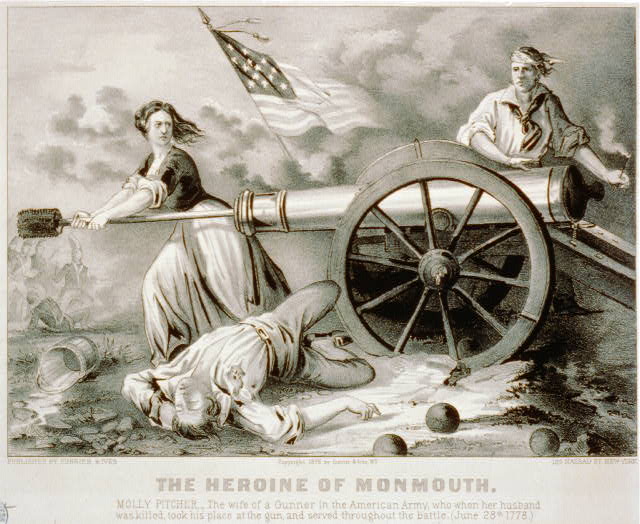 Yesterday was the anniversary of the Battle of Monmouth and Molly Pitcher's manning of the cannons during the battle.

At the Battle of Monmouth in June 1778, Mary Hays attended to the Revolutionary soldiers by giving them water. Just before the battle started, she found a spring to serve as her water supply. Two places on the battlefield are currently marked as the "Molly Pitcher Spring." Mary Hays spent much of the early day carrying water to soldiers and artillerymen, often under heavy fire from British troops.
The weather was hot, over 100 degrees Fahrenheit. Sometime during the battle, William Hays collapsed, either wounded or suffering from heat exhaustion. It has often been reported that Hays was killed in the battle, but it is known that he survived.[4]
As her husband was carried off the battlefield, Mary Hays took his place at the cannon. For the rest of the day, in the heat of battle, Mary continued to "swab and load" the cannon using her husband's ramrod. At one point, a British musket ball or cannonball flew between her legs and tore off the bottom of her skirt. Mary supposedly said something to the effect of, "Well, that could have been worse," and went back to loading the cannon.[5]
Joseph Plumb Martin recalls this incident in his memoirs, writing that at the Battle of Monmouth, "A woman whose husband belonged to the artillery and who was then attached to a piece in the engagement, attended with her husband at the piece the whole time. While in the act of reaching a cartridge and having one of her feet as far before the other as she could step, a cannon shot from the enemy passed directly between her legs without doing any other damage than carrying away all the lower part of her petticoat. Looking at it with apparent unconcern, she observed that it was lucky it did not pass a little higher, for in that case it might have carried away something else, and continued her occupation."
Later in the evening, the fighting was stopped due to gathering darkness. Although George Washington and his commanders expected the battle to continue the following day, the British forces retreated during the night and continued on to Sandy Hook, New Jersey.
After the battle, General Washington asked about the woman whom he had seen loading a cannon on the battlefield. In commemoration of her courage, he issued Mary Hays a warrant as a non commissioned officer. Afterwards, she was known as "Sergeant Molly," a nickname that she used for the rest of her life.[5] 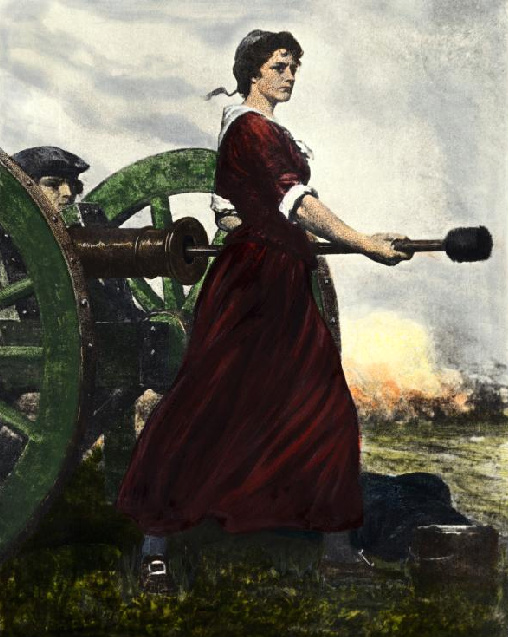 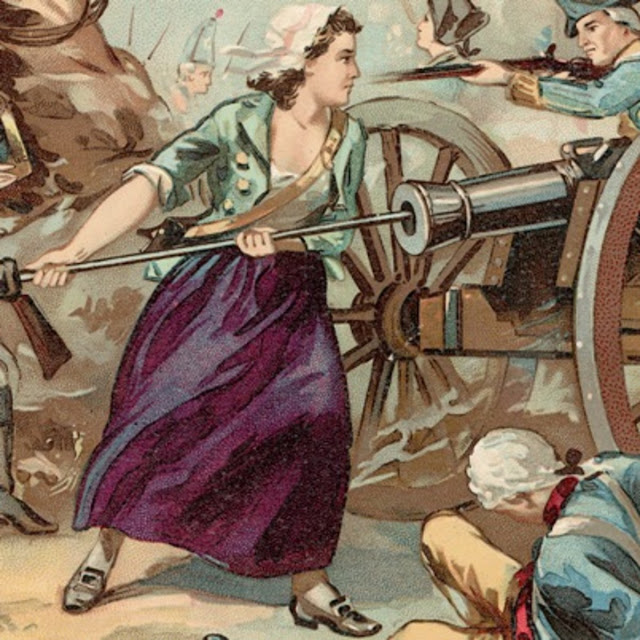 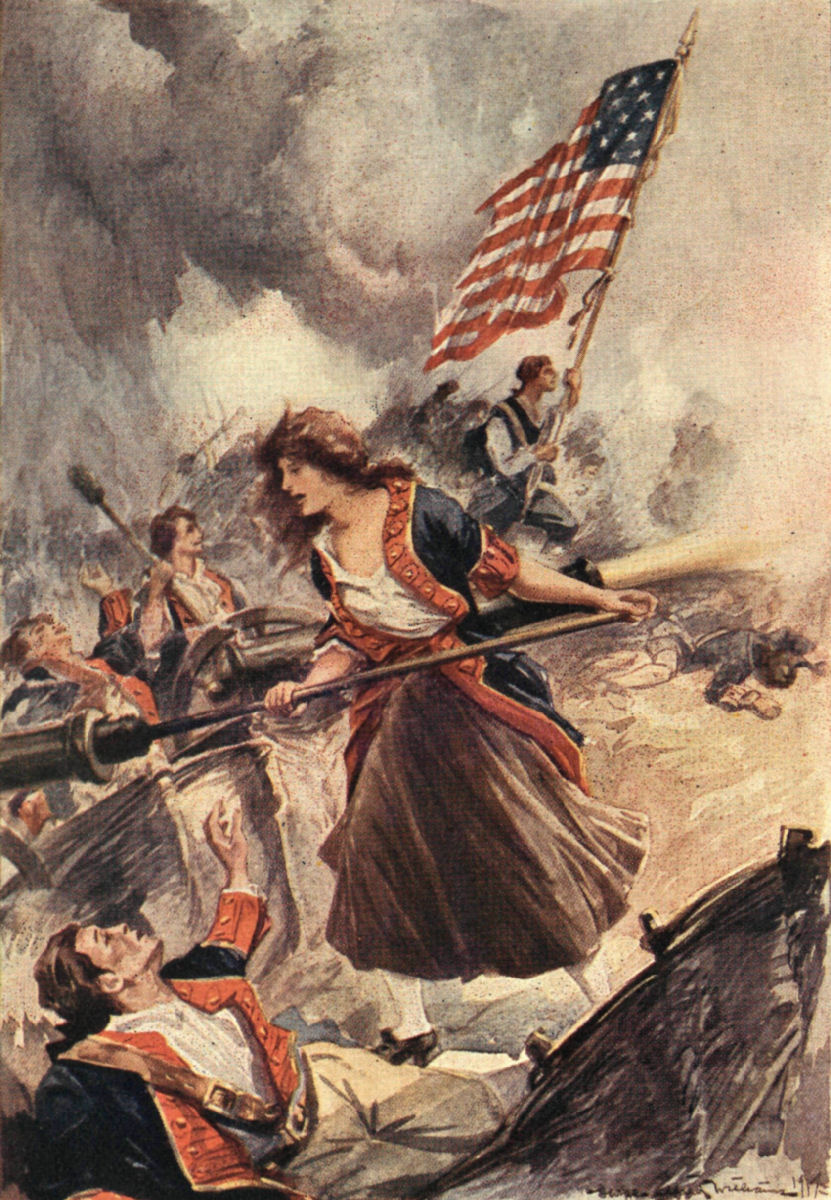 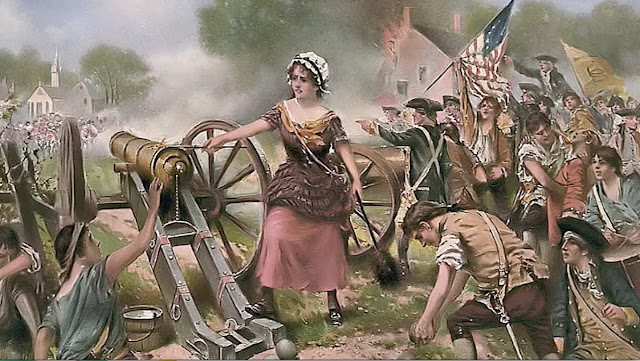 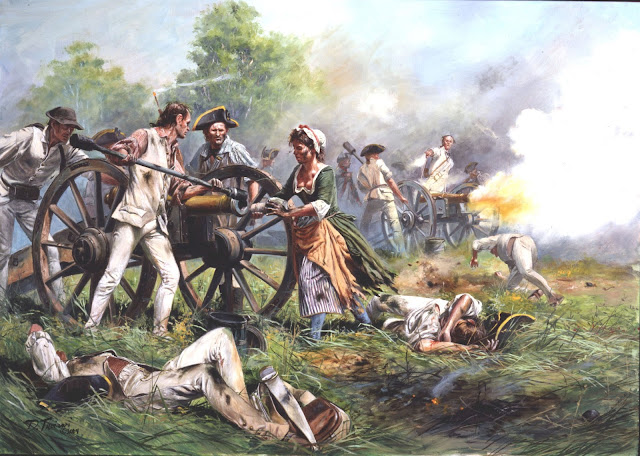 Who was Molly Pitcher?

TOM: The brutal truth about feminism

A collection of sites known for appreciation of Rule 5 and Revolutionary War heroes: