REPUBLICANS WIN BIG: Nancy Pelosi Gets To Stay On As Democrat Minority Leader!

The gift that keeps on giving to Republicans. She imposed her will with Obamacare and managed to set in motion the destruction of the Democrat Party. The Democrats would have been wise to cut their losses and dump her and get younger blood in there. The Democrats are certainly NOT finished (they have plenty of supporters out there), but their current leadership is hapless and failing. Harry Reid was a nasty corrupt bastard, but he was a dangerous bastard (Hillary won Nevada and the Democrats held on that Senate seat, for example, thanks to efforts made by Harry Reid). Nancy Pelosi, however, has been a Godsend to the GOP.

Legal Insurrection: Will she stay or will she go? She Stays!

TOM: War on Women: Will Nancy stay on? 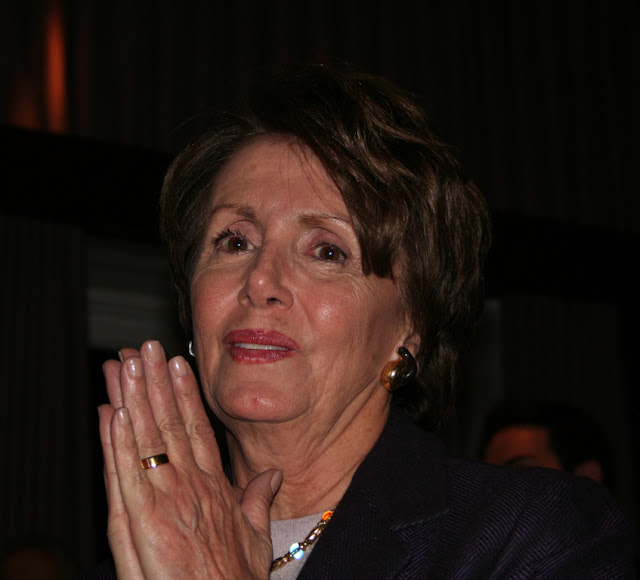 Patriot Report: They should have dropped a house on her!

Instapundit: PALOMINO (2/3rd support, WOW),  They have learned and forgotten nothing, Praise be: Miss Nancy Retained, Democrat Party into the wilderness and without a compass, Guess which party is younger?