What Can We Expect With The Presidential Debates

Rush Limbaugh warns against drive by conventional wisdom on the upcoming Trump Clinton presidential debates.  Rush makes some sense, Mitt Romney's clear trouncing of Barack Obama in their first debate did not win the election for him, but that was mostly because Mitt Romney (wrongly) went off the offensive attack in the second and third debate (deciding he would play it safe).  It was a terrible strategy by Mitt Romney and certainly helped contribute to his defeat.

This race is closer now than Obama Romney's race was at this point. If Trump trounces Hillary in first debate she would be in serious trouble. It could be over for her then, because I am sure Trump would not go on the defensive after that like Mitt Romney did--He would finish her off. If Hillary manages to beat Trump up in the first debate, it would definitely not be good for Trump, but not necessarily over for him. I assume he would work to learn from that and hit her hard in debate two and three.

Mike Pence should do a decent job in a debate against Tim Kaine. Short of complete meltdown by either VP candidate, I do not see that event being a factor. 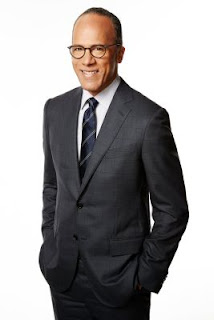 Heavy: Lester Holt is moderating the first debate on September 26

American Power: The New Yorker: The State of the Presidential Debate


NBC’s Lester Holt will moderate the first debate, Fox News’s Chris Wallace the third. The second debate, moderated by Anderson Cooper and Martha Raddatz, will be a town hall. During the first and third debates, Holt and Wallace will ask the candidates questions in six fifteen-minute topic blocks, which is the commission’s best approximation of Oxford rules.

Twitchy: Hell toupée! Is Jimmy Fallon available to fill in as a moderator?

Wombat: Louder with Crowder: O'Keefe chalks for Trump at Berkley, people lose it! and Mark Steyn: A bone is thrown (Steyn is filling in for Rush on Friday)

Rush Limbaugh: Trumpmania is sneaking up on people (what has to have Hillary Clinton freaked is early voting has started in North Carolina and Hillary's poll numbers overall are plummeting).

PJ Media: Hillary is trying to market her way back by claiming she is "powering through" 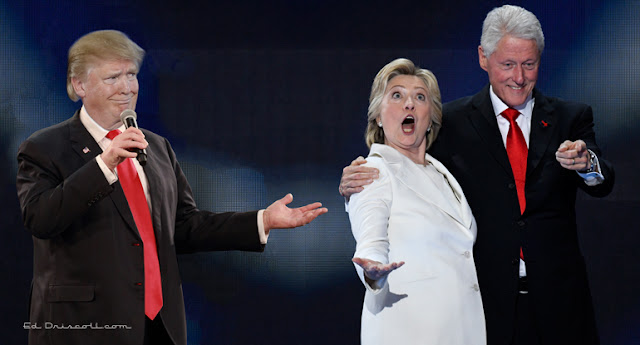 Instapundit: Ben Shapiro: Easier to Train Trump of his Trumpiness than Hillary of her..., Polls darken for Democrats, Richard Fernandez: Democrats are stuck with Hillary

Powerline: Where do I get this Rx?

JWF: Greed
Posted by Evi L. Bloggerlady at 7:26 AM