Gay Lesbian Bisexual and Transgendered People have the right to defend themselves too!

In light of the Orlando Massacre, let me point out it was not a gun control issue. The shooter killed because he was indoctrinated to go kill. It was prompted by the Islamic State In Syria (ISIS) inspiring a follower here to go kill gay people (of course it is not just homosexuals, ISIS has no problem killing heterosexual Christians, Jews, Atheists, or for that matter Muslims who get in the way).

If it were just a gun control issue, then the Paris attack would never had happened (France has strict gun control, which only managed to prevent Parisians from defending themselves from the attack). Boston and California also have stricter gun control than Florida, but both faced ISIS inspired attacks too (In the Boston case, I supposed we could completely ban fireworks and pressure cookers, but that seems problematic). It was the ideology and the twisted mind of the perpetrator, not the rifle and handgun used, that caused the Orlando attack.

So regardless of your sexual orientation go defend yourself from oppression. It is your constitutional right to do so. 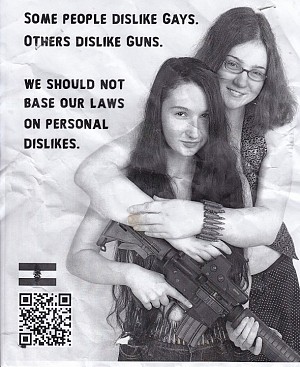 PINK PISTOLS
Pick on someone your own caliber!

Vice calls them "Gay Libertarian Gun Nuts."  Vice are such a bunch of H8ers.  I call them patriots prepared for bad people. 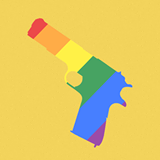 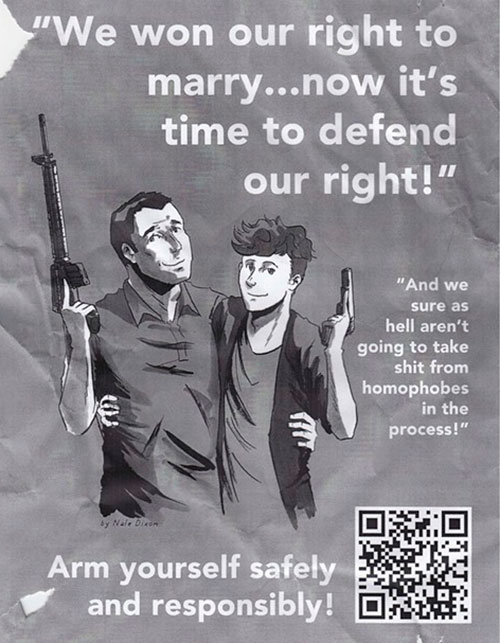 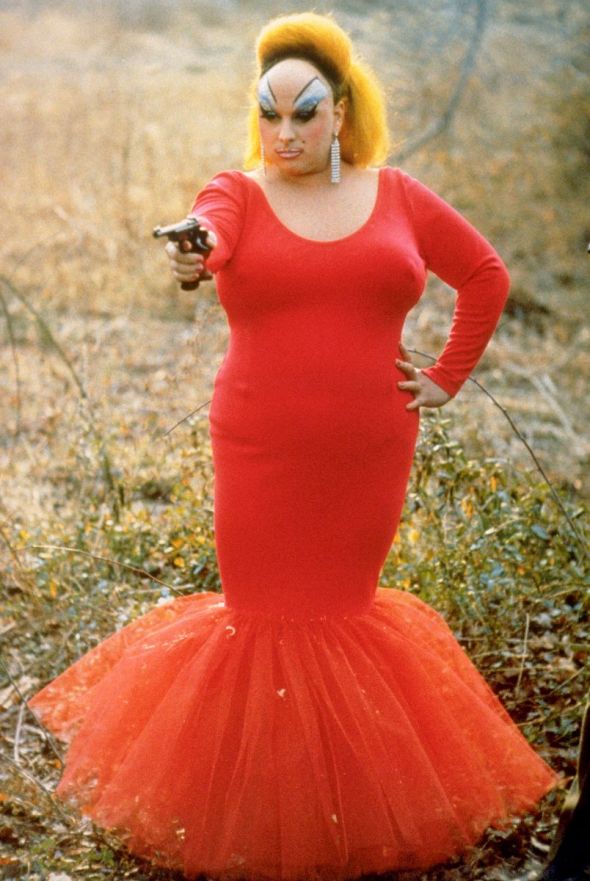 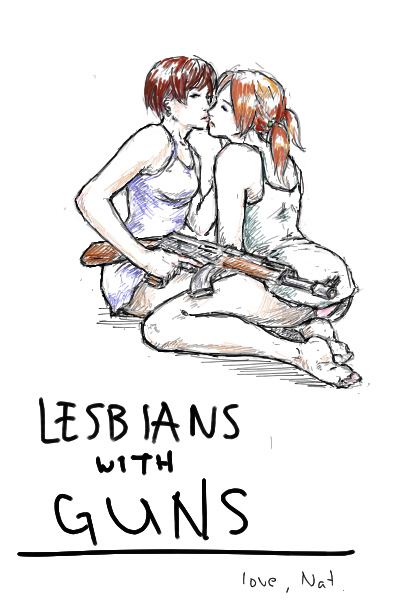 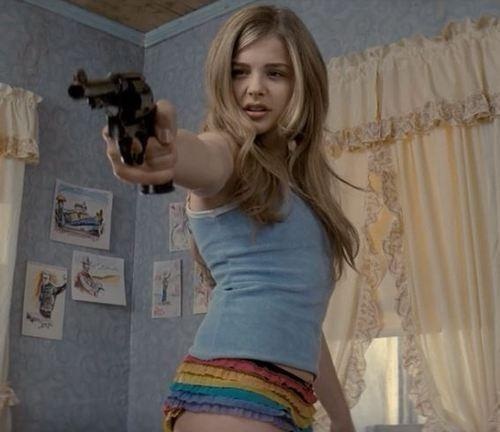 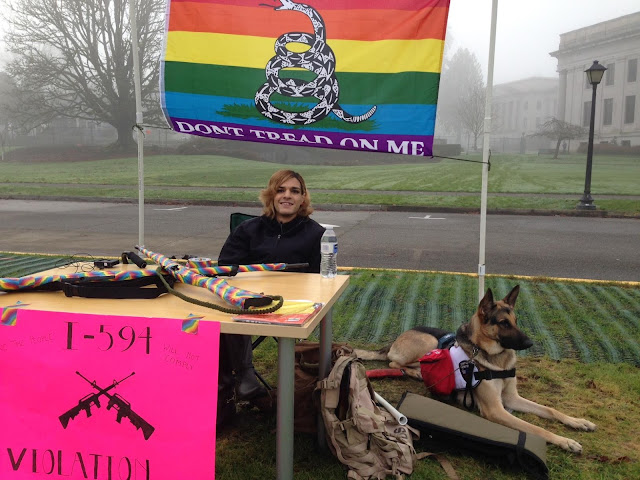 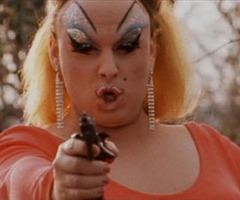 Divine did not put up with shit and neither should you 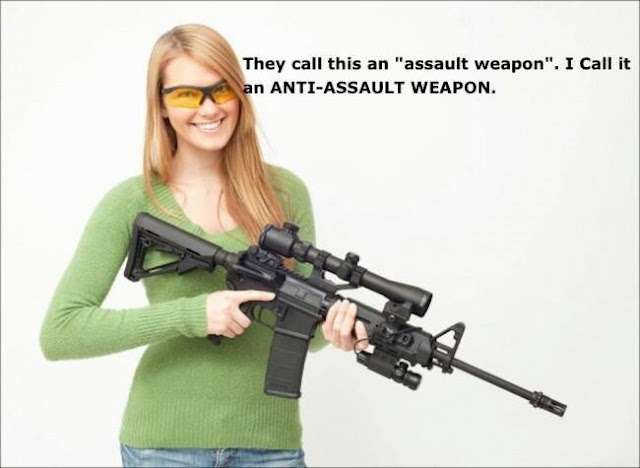 Instapundit: Heroes, Milo banned this morning,  Gays should arm themselves, Hillary evolves and admits radical Islam is the problem in Orlando, Christians and Republicans did not cause Orlando, Hillary admits Orlando was due to radical Islam (how hard was that), Difficulty in telling the truth,  Orlando attack the price of not destroying ISIS, Homegrown?, switching teams, what ISIS wants, and he was a wife beater too (imagine that), See how that works?, And Jihad Denial Kills Again, Roger Simon: Why Obama refuses to name radical Islam, Why 100 Are Dead and Maimed, The importance of a waiting period (for social media lip flapping), Glenn Reynolds's USA Today Article (we can't stop ISIS/ISIL/Daesh until we admit Islam is part of this), we are all on ISIS's kill list (so what are we going to do about it), the man who can't control his own penis wants to control your guns, Facebook activates Safety Check, about those Facebook and Google ribbons (GFY), what about pressure cookers, unhinged and homophobic, the apple did not fall far from the tree, speak for yourself Mr. President, I know who is to blame (other than your poor leadership) and a comment from Pink Pistols

Hot Air/AoSHQ: Barack Obama Is Wrong:  ISIS is to blame.

Milo: The left chose Islam over gays, now 100 people are killed or maimed 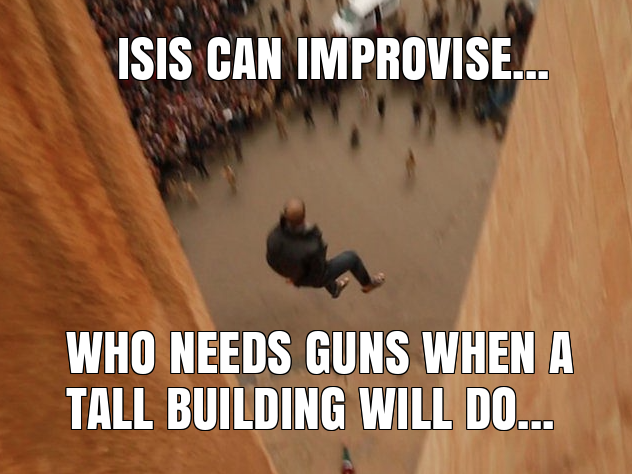 How to Terrorize for ISIS

Blazing Cat Fur: Ex wife claims shooter was gay (that would not be that surprising)

Important facts: the Orlando shooter was an Islamic terrorist. He did not belong to the NRA, but he did belong to the Democratic Party.
— Sean Davis (@seanmdav) June 13, 2016

Gay Patriot: Why isn't everyone asking this?

Mark Steyn: The Party At The End Of The World
Posted by Evi L. Bloggerlady at 2:07 AM