Les Demoiselles de Rochefort, the 1967 French musical, was on TCM last night and I got sucked into it (I had not seen it before). It is the third of a trilogy of musicals by Jacques Demy: Lola (1961) and Les Parapluies de Cherbourg (The Umbrellas of Cherbourg) (1964).

Catherine Deneuve and her real life older sister Françoise Dorléac are radiant. Danielle Darrieux plays mom to the sisters (and does a great job too).  Gene Kelly is miscast, but he obviously wanted to be in a film with the sisters, so who could blame him. The visuals are all sixties (in the best sense of that).

George Chakaris, who played Riff in West Side Story on the West End London stage and Bernardo in the West Side Story film, does a solid job.  A guy from Ohio, with a Greek background, plays an Irish and Puerto Rican street thug, and a French guy (and it looked like he was signing and delivering his lines in French). 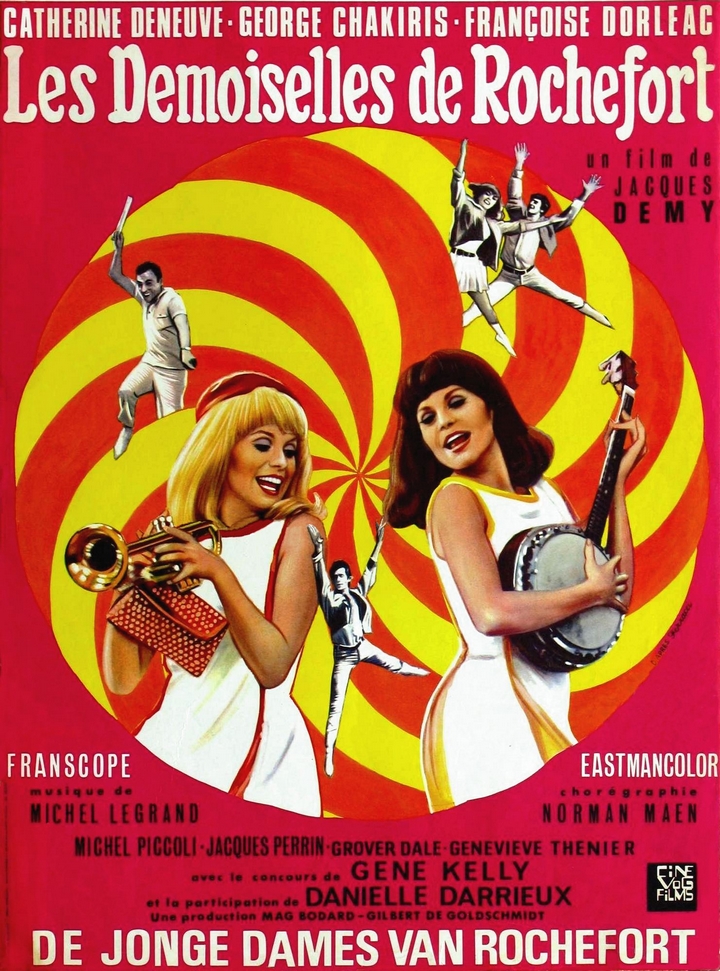 Bonus:  For a Friday Night Movie, here's The Umbrellas of Cherbourg: 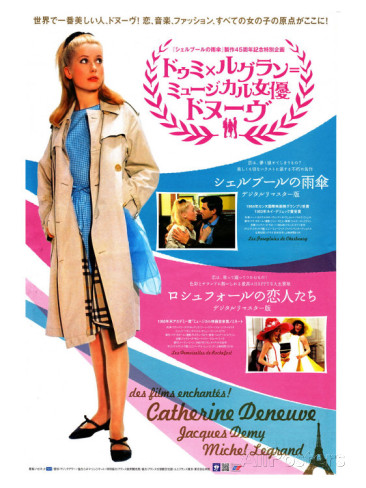