Of course this is mostly driven by political correctness and politics*, but so what? I do not hate Democrat Andrew Jackson, but he is hardly my favorite President.

As much as one can admire Andrew Jackson on some things, what he did to the Cherokee and other Southeastern Native Americans was terrible. As a lesson of history, that might be a good discussion to have again with Democrat Senator and Progressive Scold (and possible Hillary Clinton running mate) Elizabeth Warren. 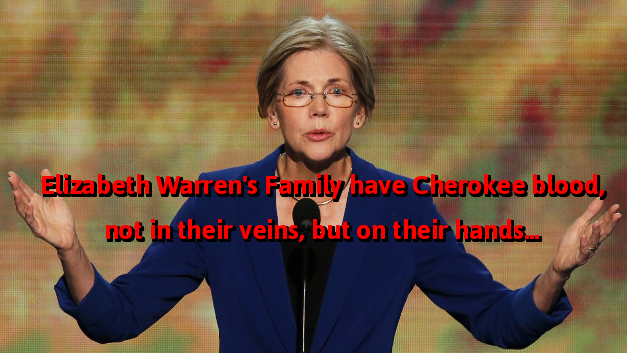 Senator Warren's family history is even more complicated than she let's on. When she is not pretending to be an oppressed minority at Harvard, it turns out one of her direct relatives helped round up the Cherokee people for the Trail of Tears. That's awkward.

So we are replacing one of the founders of the Democrat party with a Republican black woman who loved guns. I'm good with that, especially since I am also a fan of Alexander Hamilton (and would prefer to see him remain on the $10 bill).


With promises made about putting a woman on the currency, it is going to happen and barring creating another bill no one will ever use, someone is going to get bumped.  It looks like it will be Jackson.

Terry Teachout  and Don Surber, however, are making an impassioned pitch for Satchamo on the currency! I love Louis Armstrong, both as a human being and an artist, but this whole debate started over putting a woman on the currency (with the 100th Anniversary of women's suffrage).  If only Louis was a Louisa, he might have had a shot.

.@donsurber I love Louis, but they want a woman. So I will gladly take $20 Tubman over losing Hamilton to this: pic.twitter.com/LdQSQCzxQY
— Evi L. Bloggerlady (@MsEBL) April 21, 2016


WaPo and The Federalist: Aaron Burr the progressive hero?

Mark Steyn: The New Minstrelsy, Going Native and Fauxcahantas and the Melting Pot

Instapundit: Participation prize or not: NRO: What they didn't teach you in school about Harriet Tubman,  Shot and Chaser, Powerline: Lefties loosing their lunches over Tubman 20, Yes, people are enjoying this and dispatches from the world of aggrievement politics

Legal Insurrection: Harriet Tubman and Drunk History, the Cruel Irony of Elizabeth Warren's Cherokee Saga, and Trump and Warren: It's Back (and Chip at Lem's)

EBL: Elizabeth Warren finds her Cherokee blood connection not in her veins but on her hands, Thomas Jefferson's Birthday, and Historical Figures in Popular Culture

*I am not surprised by Donald Trump's Jackson defense given he's been channeling Andrew Jackson this whole election: Make America Jacksonian Again

It's ironic this govt chose a #2ndamendment supporting, Democrat shooting, black woman to be on the $20#TubmanOn20 pic.twitter.com/nYQmuI6uDx
— Young Conservative™ (@steve0423) April 21, 2016


Powerline: Tubman $20: How hard it is to please Lefties!

Phillip Klein, resisting removing a President to place a woman on the currency is not racist just because she happens to be black.  Anymore than doing that change because she is a woman is sexist.  I get it is about opening a spot up to women.  Fair enough.  The fact that she happens to be a gun loving Republican woman who is replacing one of the founders of the Democrat Party...well that is just booyah!
Posted by Evi L. Bloggerlady at 1:32 PM