Following #BrusselsAttacks: What was the "advance stage" attack target that was just foiled by French police? 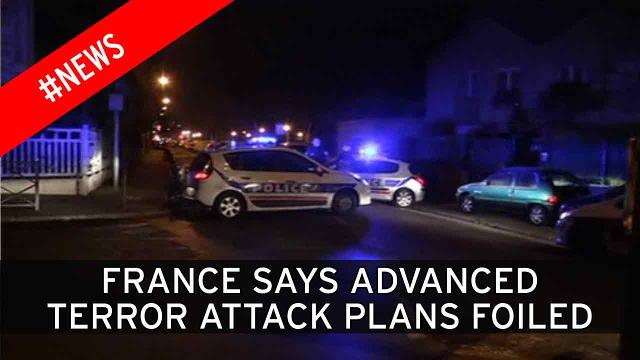 
The autoplay video/audio of the ABC News story above has some good information about these terrorists, but when I watched it, the intro advertising was a fake news story about criminals stealing a Prius and manhunt. It is obviously fake, but certainly inappropriate given the primary story about a very real and serious manhunt in progress.   Seriously Toyota and ABC, what the heck was that?

Getting beyond that, these Brussels attackers were reported by Turkish officials to be "foreign fighters." Police activities may have prompted these bombers to accelerate their attacks.  No clear how big this terror cell was, who is on the run, and what was the real scope of their plans (other than the reports the Belgian group was scoping a Belgian nuclear facility as a possible target).

Brussels attackers were scoping a nuclear power plant and plotting to build a radioactive dirty bomb
American Muslims focusing to get out the vote to stop Donald Trump and Ted Cruz
AoSHQ: Maetenloch has some good links as does Misanthropic Humanitarian
Mark Steyn: The one stop shop for all your terror sentimentalizing needs and I was only good at enjoying it (demographics are facts and the science is settled)
Why Terrorists Brothers?
Why Hispanic names?

Instapundit:  Obama doubling down on Syrian migrants to USA, Denial, It is always about them isn't it (victim and victimizer), A mad and Holy week
US kills ISIS 2nd in command
Posted by Evi L. Bloggerlady at 8:40 AM

Email ThisBlogThis!Share to TwitterShare to FacebookShare to Pinterest
Labels: Belgium, crime and punishment, France, ISIS, Islam, Muslims, terrorism, the moral decline and collapse of Western Civilization, Why the European Union is doomed