A moral vacuum in the west is probably not a good thing... 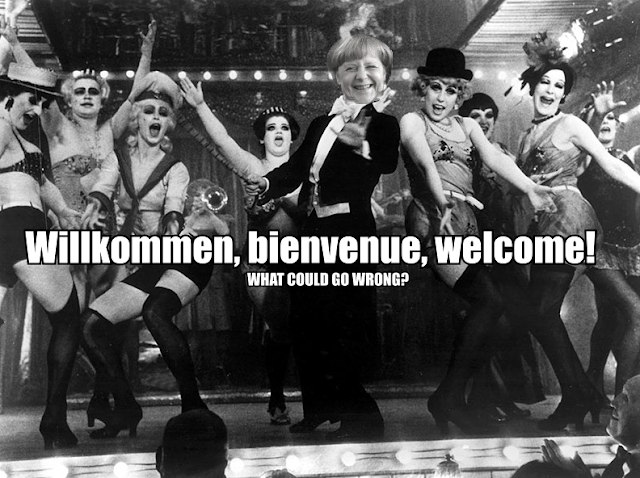 What is going on in Germany is just the tip of the iceberg...

Thanks to Maetenloch for this link (this is one of those read the whole thing links):


Back in the 1980s, when I first heard Christians complain about “secular humanism,” I thought they were crazy. To me, an atheist Jewish Democrat, the phrase simply meant an entire absence of faith in the public square — and wasn’t that a good thing?

It wasn’t until I read Stephen L. Carter’s The Culture of Disbelief

that I understood that lack of faith is itself a belief system, complete with a doctrine predicated on Big Government, animism, Gaia-ism, the denial of biological reality, and sexual license. Moreover, the Left is using the government itself, as well as government-funded institutions, to enforce this new religion, thereby violating the First Amendment. I therefore wish young Mr. Dorman much luck in rallying the troops — but he’s got a long, hard battle ahead of him.

And in the same Maetenloch link: Why Americans Dislike Islam (it is not Islamophobia to dislike bad things in Islamic culture).

Instapundit: Germany slides into military irrelevance, Let's blame Poland, the left's war on religion, Annoy the Media, Vote Trump, So who is to blame for this?

Regular Right Guy:  Treacher: Who are you to judge? and No pledge of allegiance in Brooklyn?

American Power Blog: Have they misidentified the threat?, the decline of the middle class, and Trump surges

DaTechGuy: Friends of Obama, the Left and Islam, and this is not a pipe

New Yorker: The Rise of Merkel

TOM: Fear and Loathing at Oberlin
Posted by Evi L. Bloggerlady at 7:18 AM