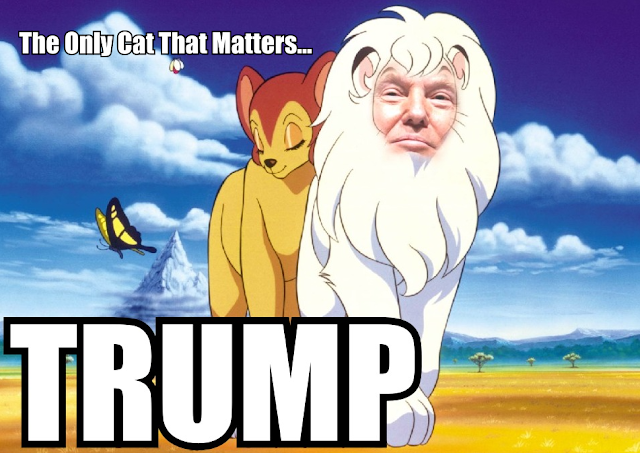 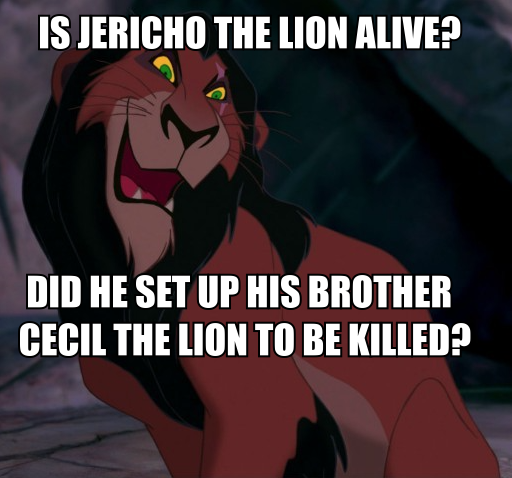 Did Cecil The Lion's Brother get wacked?  Others say no, Jericho the Lion is ok. And while I am disturbed Cecil was killed, we have more important things to think about than #CatLivesMatter Pandering. [Darleen Click: Mugabe served up a whole zoo for his birthday] 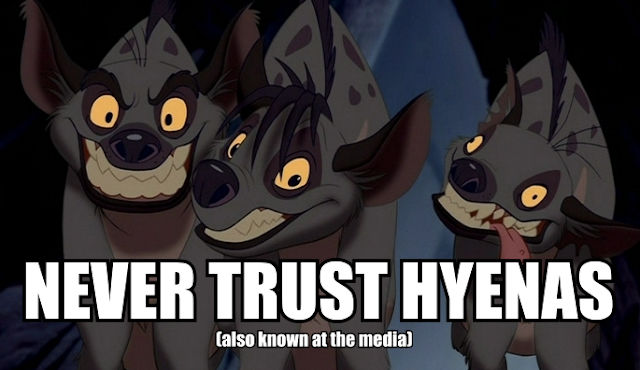 This one sort of threw me but, Norman Lear is a social conservative?  I find this all a bit condescending because I (and most conservatives I know) care about the poor and needy (and probably as much or more than Norman Lear does).  They just know government handouts rarely work to improve poor people lives.  So is Norman Lear like a certain religious leader we know? Cheap virtue (which is what most government action is) generally causes more harm than good. But I am glad Norman Lear is getting some introspection at 93 (and he did serve in WWII, so he has my respect for that too). [As noted at AoSHQ, what does this say about the Obama years, when you have lost Norman Lear...]

I heard Lear on Siriusly Sinatra recently and his picks and observations were interesting.  Here is my Sinatra pick for this week.

Republicans are scrambling for the debate: 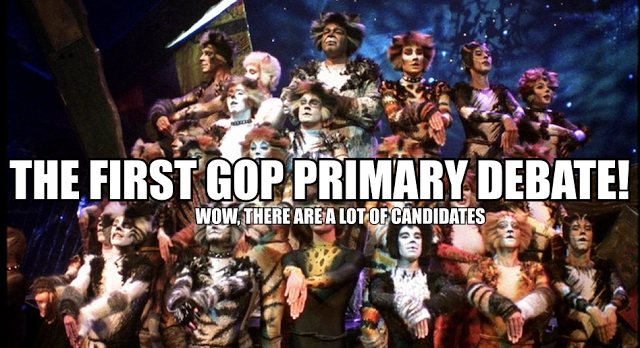 There are a lot of cats in this debate...

There are a few front runners who I would prefer dropped out (yes Jeb, I am referring to you) and others in the rear that should not bother (Chris Christie, the Jersey Shore is calling for you, and Lindsay Graham, someone must be calling for you too).  I like Carly Fiorina and I look forward to hearing how the candidates do against each other and Trump.  I am not sure what to expect, but I suspect Trump will draw in new viewers so this is an opportunity for the entire field.

Instapundit: Trump success shows how much the base hates GOP leadership (seriously the GOP Establishment should pause and consider the implications of that) and Lear and Francis should consider, socialism always starts with the same promises and end with the same disaster.

EBL: #CatsLivesMatter, Hilla The Hun, Trump goes after Huma, and Why Ask Why?

Cecil and Cecile: No Humaneness for the Humans and where there is animal worship, there is human sacrifice and loving animals, loving people
Posted by Evi L. Bloggerlady at 7:00 AM