I am starting to think these radical feminists and social justice warriors are completely insane...

Where do you begin with this sort of ad hominem attack?  Did they mix up The Other McCain with Bill Cosby? Almost every point in this letter below is false or completely over the top. While The Other McCain has been pointing out the insanity of radical feminist scene for some time, I have never seen Robert Stacy McCain promote rape, suggest that rape is a good thing, or say anything other than actual rape should be criminally prosecuted in the courts. You can be anti rape and still point out feminism's rape culture insanity. 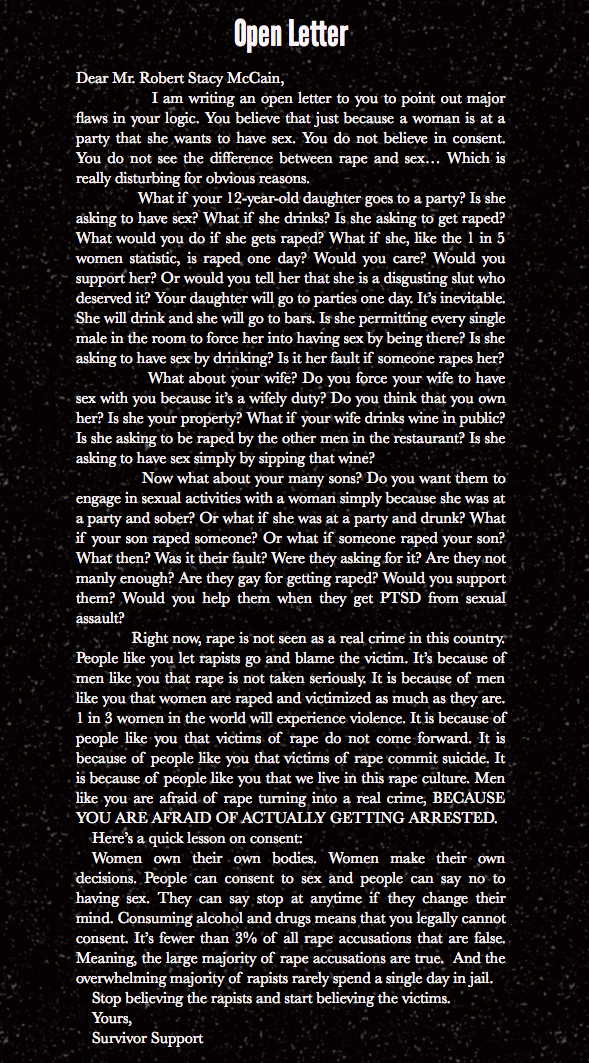 Instapundit: Most of us denounce and want to see prosecutions of perpetrators of real rape culture
TOM: Notes on Survival Amid the Madness
Posted by Evi L. Bloggerlady at 1:42 PM