The police in America are still the good guys

I don't always agree with Michael Medved, but this article is spot on: 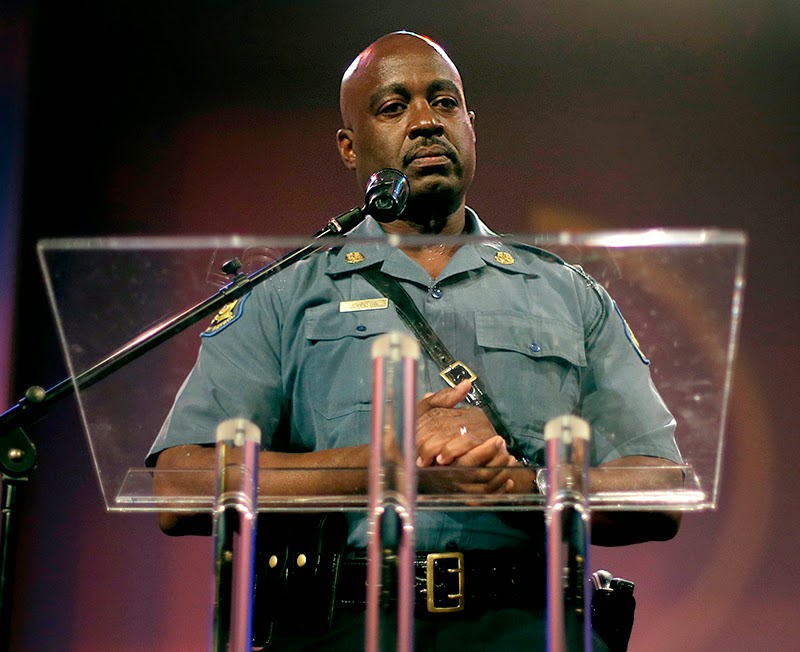 The objective statistics are overwhelming in support of the police generally doing a great job in America.

I significant number of black Americans would disagree. Black Americans and their communities suffer mostly from black on black crime (white on black crime and police shooting of blacks are in fact rare), yet they often do not see the police as their saviors. They feel like they are targeted more by the police and have a resentment of that.  But Medved makes a legitimate point here:

Even at a time of intense public controversy over policing in the black community, it's worth remembering that literally tens of thousands of African-American lives have been saved due to enhancements in police training, tactics and equipment in the past two decades. With black people making up nearly half of all homicide victims, no community has benefited more substantially from plummeting homicide rates.

I still do not know whether Officer Wilson's shooting of Michael Brown was justified or not. I do not have enough facts to determine that. Rationally investigating this matter and then objectively reviewing the evidence is the frist step before jumping to conclusions.  If Officer Wilson is guilty of a crime then he should be prosecuted, but sacrificing an individual officer so politicians can personally benefit from it before the evidence is even collected is not justice. And that is the message I would expect our leaders to convey on this particular case. President Obama should have cut short one of his golf outings so he had sufficient time to point this out, but his failure is one of omission and politics. The President is not leading but trying to pander to both is base and public opinion. Governor Jay Nixon's performance in connection with Ferguson has been a failure and a disgrace and I hope his national political ambitions are finished over this matter.

There is a huge separation of perception and perspective regarding the events in Ferguson.  Attitude matters and it is a problem at the federal as well as local level. The police are certainly not blameless. Some claim the police started violence, but it is also clear outside agitators went to Ferguson with the goal of causing an incident.


PRINCIPLE 1 “The basic mission for which the police exist is to prevent crime and disorder.”
PRINCIPLE 2 “The ability of the police to perform their duties is dependent upon public approval of police actions.”
PRINCIPLE 3 “Police must secure the willing cooperation of the public in voluntary observance of the law to be able to secure and maintain the respect of the public.”
PRINCIPLE 4 “The degree of cooperation of the public that can be secured diminishes proportionately to the necessity of the use of physical force.”
PRINCIPLE 5 “Police seek and preserve public favor not by catering to the public opinion but by constantly demonstrating absolute impartial service to the law.”
PRINCIPLE 6 “Police use physical force to the extent necessary to secure observance of the law or to restore order only when the exercise of persuasion, advice and warning is found to be insufficient.”
PRINCIPLE 7 “Police, at all times, should maintain a relationship with the public that gives reality to the historic tradition that the police are the public and the public are the police; the police being only members of the public who are paid to give full-time attention to duties which are incumbent on every citizen in the interests of community welfare and existence.”
PRINCIPLE 8 “Police should always direct their action strictly towards their functions and never appear to usurp the powers of the judiciary.”
PRINCIPLE 9 “The test of police efficiency is the absence of crime and disorder, not the visible evidence of police action in dealing with it.”

Police body and dash cameras are an excellent idea for avoiding disputes like this, provided there are proper policies in place to go along with those cameras.  There is also a very strong argument that overly militarizing police (as a national policy) is not a good idea. These are debates we should be having.

But in the short term on Ferguson, The Other McCain offered the best advice.

Update:
They are not so smart at The New Republic!
Star witness against Officer Wilson
Seachange on Military Weapons (hint, people don't like them)