The Hobbit: The Desolation of Smaug

If you liked the Lord of the Rings Trilogy films and The Hobbit: An Unexpected Journey, you will probably like The Hobbit: The Desolation of Smaug.  Although for your Tolkien purists, they did change a few things (minor film spoilers)

Hey, they actually introduce a species not seen for a while in the Hobbit franchise... 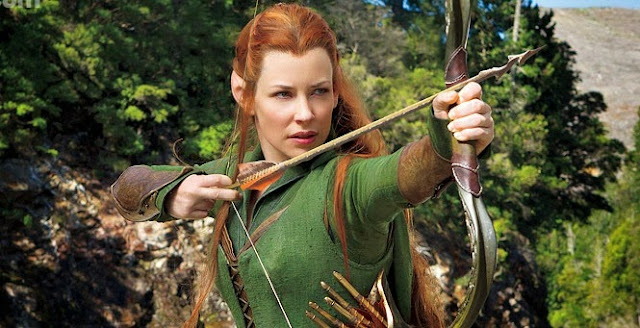 Of course, Evangeline Lilly is playing an (new) Elf character, Tauriel.  It would be nice to see a few Hobbit women, or maybe, that unicorn of the LOTR world, a Dwarf woman (why do they tease us).  The crew gave her a hard time.

But there is a dragon too.  And for you Ron Paul fans, hoards of gold.

Oh, and if you have problems figuring out which dwarf is which... 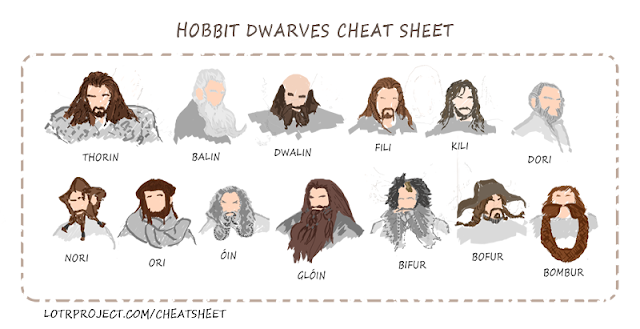 Update:
Smitty:  A Hobbit on a quest for warm socks.
I did go see it last night.  Without giving it away (I assume most of you have read the book), if you liked the first Hobbit, you will probably like the second Hobbit, and then we will be doing this again next year over the third Hobbit.  While this could have all been done in one film and I thought the pacing was off, it was entertaining and I did like Evangeline Lilly's character.
Posted by Evi L. Bloggerlady at 12:00 AM