Presidential campaign reveals itself in a private meeting with donors... Update: Roxeanne DeLuca has the perfect bumper sticker in response...

Rush was discussing this very issue today when he pondered why successful business persons in Silicon Valley not only vote but bundle for Obama. What motivates them? They want to be liked by others who think being Republican is just so backward. They vote for Obama even though they are voting against their own self interest and the interest of those down trodden poor. "A majority of people who vote for Obama are actually voting against their own self-interest, even the people on welfare and food stamps. They don't understand the destruction that he is wreaking."

Is it better to be feared or loved?  Obama is trying to be loved by offering ice cream to the voters.  He is sure not feared anymore.


The president and I have two very different approaches to the future of America and what it takes to ignite our economy and put people back to work. The president believes in what I describe as a government centered society. Where government plays a larger and larger role and plays more and more of the needs of individuals. And, I happen to believe instead in a free enterprise, free individual society where people pursuing their dreams are able to employ one another, build enterprises, build the strongest economy in the world. I happen to believe that my approach is the approach that will put 23 million people back to work again.
We’ve watched the approach of the president’s approach over the last 3 1/2 or 4 years. And his government centric, larger and larger government approach has meant that we have 15 million more people on food stamps, 23 million people out of work or stopped looking for work, or underemployed. We have had 43 straight months of unemployment above 8%. And my view is the right approach for the nation is not to adopt a government centered approach but instead a free, free people, free enterprise, free market consumer driven approach and that will build the strongest economy for ourselves and for the coming generations.”

As for the claim that Romney just lost the election, funny, I thought he lost the election last week when he criticized Barack Obama over Obama's mishandling and bungling of the Libya attacks?

We need a rule that you can only declare Romney dead once. Use wisely! @jbarro "[T]his video is the final stake ... Election now over."
— Mickey Kaus (@kausmickey) September 18, 2012

Meanwhile we have a record number of people on disability?  Who are they going to vote for?
Mitt Romney seems to have a better grasp of Palestinian and Iranian intentions than Barack Obama.
Pete DaTechGuy is right, this may end up helping Romney not hurting him...
Rush agrees this is a golden opportunity for Romney to distinguish himself from Obama.
The truth hurts, for Obama: 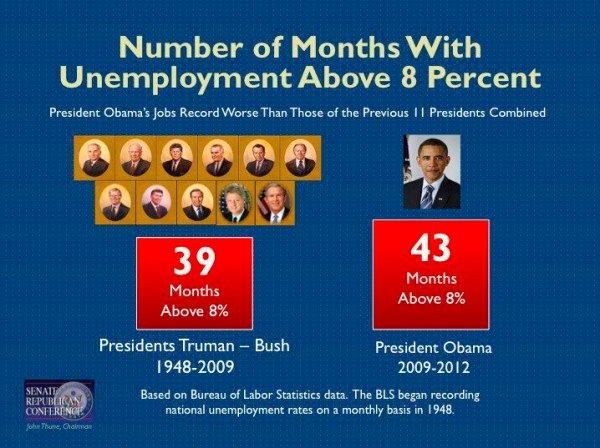 Instapundit:  Punching back twice as hard.

Email ThisBlogThis!Share to TwitterShare to FacebookShare to Pinterest
Labels: Barack Obama, Election 2012, hypocrisy of Obama vs. the GOP, Mitt Romney