We should have a pool: The time and date that Charles Johnson bans Kilgore Trout


Killgore Trout has been an unhappy camper at Little Green Footballs. He once was Charles Johnson’s top lieutenant. But as the place moved Farther Left and into Marxist territory, he has been marginalized. Now he challenged the Far Left orthodoxy at LGF and is hated for it.
Killgore today called BS on an article Gus and Charles linked to claiming the Swatting incidents are a Hoax. This triggered a fight between Charles and Killgore. On of Killgore’s comments were deleted and he made a sarcastic remark that set off Charles.

What Charles Johnson really meant:  "If you are going to ride my ass Kilgore, at least pull my pony tail!"

Talk about humiliation.  They are treating Kilgore worse than Wild Irish Rose and Shamutta! 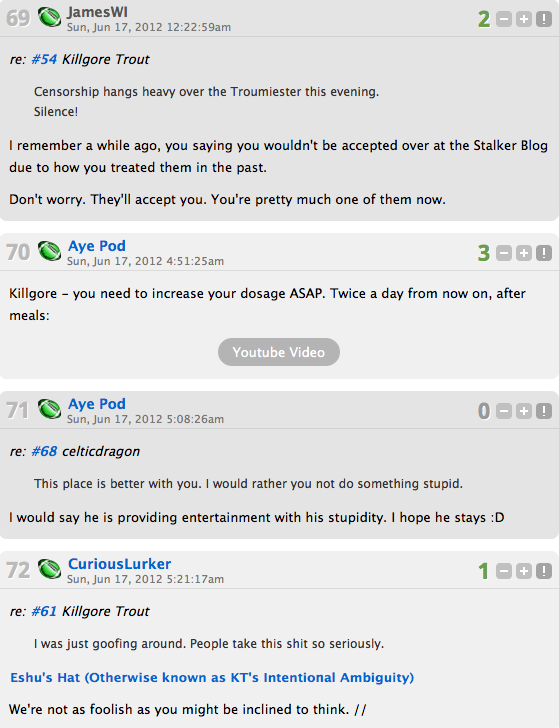 Questioning Chuckles?  Kilgore is tempting fate with this.... 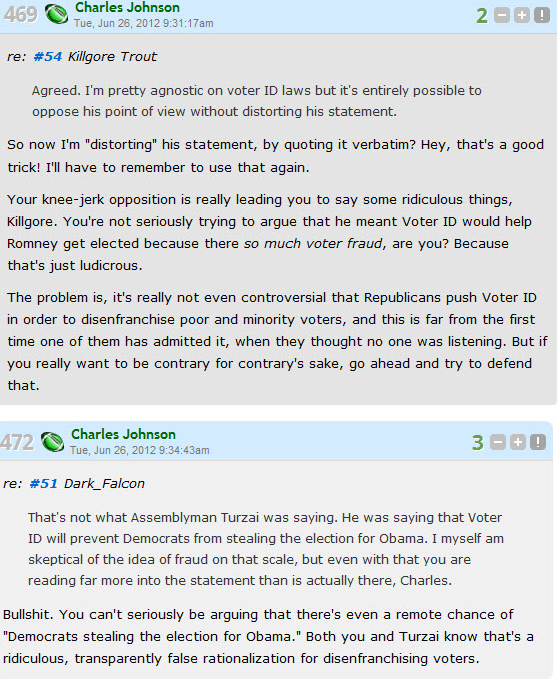 It is only a matter of time...