Remember the Pulse Night Club Murders? The Motive Was Not What The Media Contended. 🏳️‍🌈😬🕋 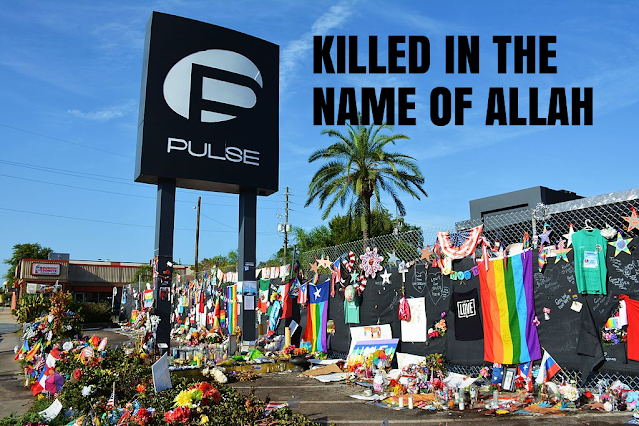 The Pulse Night Club Shooter was a lone wolf terrorist, pledged to ISIS
TOM: Crazy People Are Dangerous: No Motive Yet in Colorado Springs Shooting
I am glad that a brave individuals (a veteran) stopped the shooter in Colorado Springs before more people could have been killed or injured.  My prayers and condolences to those families and victims. We do not know what prompted this person to do what they did (yet). I hope the (alleged) shooter is quickly convicted and punished accordingly.
Remember in the Pulse Night Club Murders in Orlando, the shooter actually intended to attack Downtown Disney, but thought too much police presence was there and picked the Pulse Night Club as an alternative.  It was not gay hate, per se, but hate in general that motivated that shooter.  I also get that hate is hate and the victims are equally dead.
Many in the media, the gay community, and left in general, however, tried to spin that attack (still are) into something it was not. Rather than trying to divide us (even the vast majority of Muslims in the US oppose some angry guy shooting up a night club), maybe they could take minute to think we are all in this together. 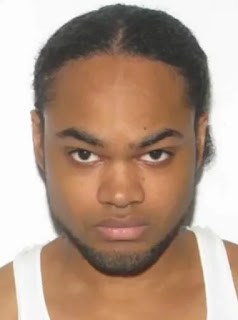 Update: TOM: Yet Another Inconvenient Mass Murder Destined for the Media’s Memory Hole
The Virginia Walmart Shooter was not who the leftist media was hoping for...
AoSHQ: Morning Report 11.22.22
Instapundit: Colo suspect non binary, Another "known wolf" who should have been in prison, and Jeff Goldstein
Protein Wisdom/Jeff Goldstein: Kings and Queens and Guillotines (regarding Colorado Springs, read the whole thing) 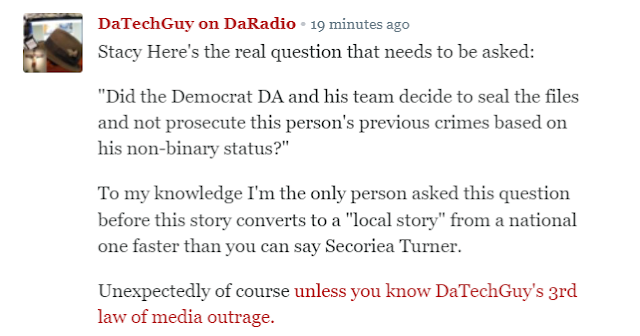