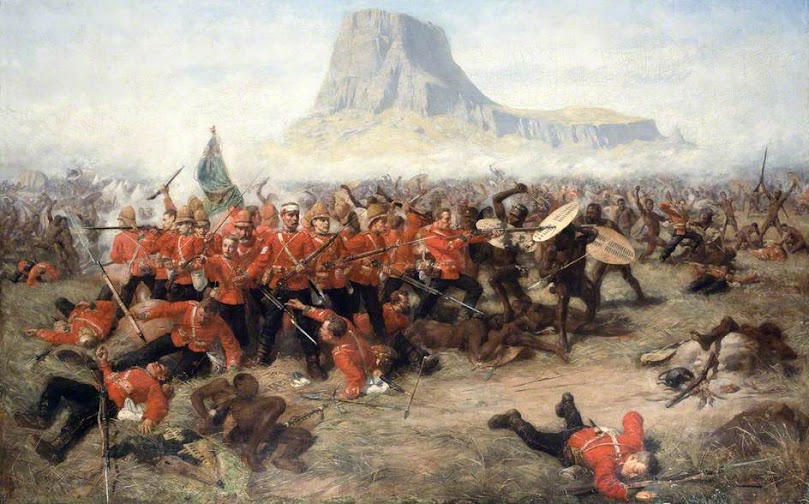 22 January 1879 was the battle and defeat (for the British forces).

The British believes there was a solar eclipse between 12:30 and 14:00 over the hills of iSandlwana. It suddenly became dark and misty, and the wrath of the Zulu attack intensified.

The Zulu believes it was the power of his ancestors, fighting side by side with him.#Isandlwana pic.twitter.com/nl1lwE6o7r

141 years ago my brave Zulu army under the greatest #KingCetshwayo kaMpande humbled the British settlers aka #landthieves at the battle of #Isandlwana. Shout out to the greatest Zulu Kingdom & it’s warriors! Zulu uyesabeka 🙌🏾✊🏾🔥❤️ pic.twitter.com/kgiS1uT4o0

22 Jan 1879: The Battle of Rorke’s Drift in present-day South Africa begins as 155 British soldiers will defeat 4,500 Zulu warriors over two days. The battle began on the same day the #British faced a decisive defeat at the Battle at #Isandlwana. #OTD #ad https://t.co/gwR7ck4Lnl pic.twitter.com/rfFVeGBSqP

No matter how bad your day goes remember it can't get any worse than that of the 24th Regiment of foot 143 years ago today #Isandlwana pic.twitter.com/4unBt7VNCJ